math recommendations for a 3 year old

I was recently asked for suggestions by a parent of a 3 year old.


There are a lot of different resources I could suggest, but they really depend on the child and the parents. The main question for customization is about the parents: what are their starting assumptions about math/math learning and how much do they want to engage on selecting/planning activities?

For example, if a parent doesn't really get the growth mindset, I would advise a heavy dose of Jo Boaler. If the parent wants open explorations and can build their own specific tasks, maybe the Vi Hart videos are good inspiration.

That aside, there are a few resources/products good enough that I’m willing to give blanket recommendations:

There are some computer games/systems, a lot of board games, and mechanical puzzles, but the stuff above is where I think parents should start for young children.

What do you think of my recommendations? Any additions you think are worth adding to make a top 10?
Posted by JGR314 at 11:51 AM 1 comment:


Hello again math folks! I've been in the middle of a major transition, moving between Asia and North America, so haven't really had time to post recently. Putting together this month's carnival was a nice opportunity to see what everyone else has been writing about and get some new ideas!

As you scan through the links I've highlighted, please don't get too fixated on the grade level splits. These are really approximate and I expect you will find worthwhile activities for all ages in every section.

On the 14th of July, Maryam Mirzakhani passed away. She was the first woman to win the Fields Medal. It would be wonderful if you could do some exploration in her honor this month. One of her areas of research was on pool tables. Here are some places to get an idea of the way mathematicians have been inspired by this game:

If you find other kid-friendly projects related to Mirzakhani's work, please tell me in the comments!

This was the best number carnival to be able to host, because:

A number talks picture that caught my eye

I'm not sure there is anything especially 110 about this picture, but there are a lot of mathematical questions to ask and things to observe here: 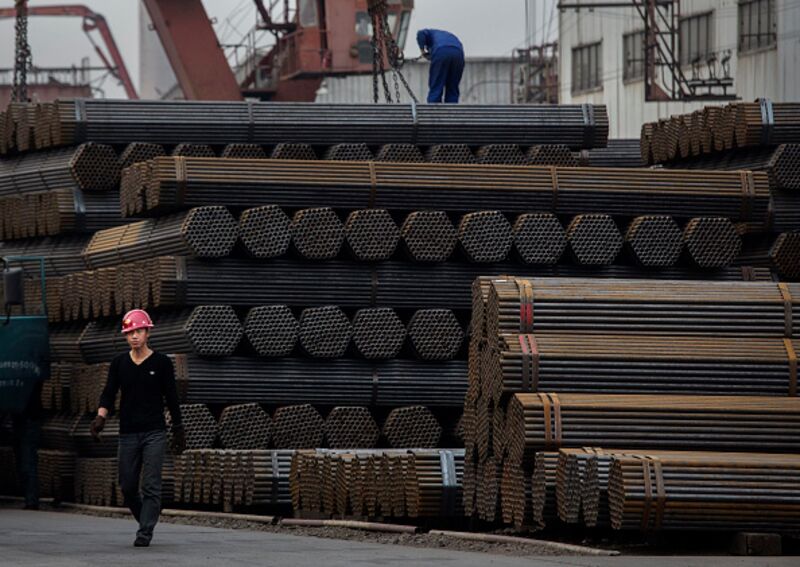 In a related vein, if you and your kids need some mesmerizing math gifs, take a look at Symmetry.

Denise Gaskins has written a lot to help parents engage playfully and mathematically with their kids. In this blog post, she has collected highlights that are great with young students and worth remembering for older ones, too: How to Talk Math with Your Kids.

I love board games and think there is still tremendous value in the physical games that electronic versions miss. Here's an example from Sasha Fradkin, where cleaning up after playing gives us a chance to think about whether skip counting is just a chant or if the words mean something: Skip counting or word skipping

While she's at it, Sasha Fradkin also has a nice puzzle activity with Numicons. I would think of this as a progression step toward tangram and other dissection puzzles.

Which one doesn't belong is a math meme you should know already. If you don't, ask in the comments and I'll point you in the right direction. Christopher Danielson has recently introduced Which Poster Doesn't Belong? While you are visiting his blog, enjoy his story about The Three Year Old Who is Not a Monster.

Exploding Shapes is a catalyst for notice and wonder from The Math Forum. I really like this because here are many different directions to go and no single "right" answer. Also, let's give a cheer because it looks like this recent set of posts shows the math forum folks have returned to posting nice conversation starters.

Swine on a Line by Jim Propp is a nice game/puzzle that seems a great companion to James Tanton's Exploding Dots. Hmm, maybe July 4th inspired me to look for lots of explosions...?

Rupesh Gesota starts with a nice puzzle and shows us how it was analyzed by several different students: One Puzzle, Many Students, Many Approaches. I particularly like how the introduction to the puzzle encourages us to think of different methods.

Mike Lawler has done a huge number of really great explorations with his kids. Here are some recent projects with books from the Park City Mathematics Institute: Playing Around. If you haven't been following Mike and his kids, I really encourage you to go through his past posts.This blog is fantastic for great projects and connections with other resources.

Curious Cheetah shows us several ways to calculate square roots. I would say, like long division, the value isn't in memorizing the algorithms, but understanding how they work and using them to play with numbers.

Manan Shah has a couple of nice summer explorations. The first is an excursion into the digits of prime numbers: Prime Numbers. The second is a coin flipping and gambling game to ponder during these warm vacation months: Summer Excursion Coin Flipping.

There are other, problem-based, posts on Benjamin Leis's blog, but this one made me jealous of his recent purchase of the A Decade of the Berkeley Math Circle.

Thinking Inside the Box, Simon Gregg takes a new look at a familiar shape, the cube. His comment about the exploration really nicely captures something that is beautiful about mathematical exploration: "I came back to a familiar place from an unfamiliar starting place."

A cute absolute value game now appears as a nicely animated game: Absolute Value. I think this is a nice simplification and implementation of the original game.

There's an improv game where the players have to switch between movie genres. Film noire or "hard boiled detective" comes up every time. This TedEd video could introduce fractals and this film genre at the same time.

Michael Pershan puzzles over two measures of steepness in his trigonometry class: When Measures of Steepness Disagree. I really like the questions he raises about how to use two different scales that measure the same concept, but are not linearly related.

Also, Michael links to the New Zealand Avalanche Advisory, with a nice graphic showing a case where the greatest danger of avalanche is in the middle of a slope range:

Fair sharing is a really interesting theme to motivate a lot of great math. Tanya Khovanova looks at a couple of fair sharing problems and strategies in Fair share sequences.

Also, check out the sister carnival to this one: The Carnival of Mathematics over at The Aperiodical.

This post is an old classic, but I've been reminded of it because it is used in a workshop that I frequently attend: using student reflections.

Have you visited NRICH recently? No?!?! Go over now (here's the link) and find a really cool activity to do with your kids. Seriously!

Some tips on giving feedback: Effective feedback for deeper learning.

Using Desmos to check your work: Desmos is the new back of the book.

A thought piece on the modern role of teachers: Teachers Sow Thirst for Learning. If you can read Indonesian (which I can't) you may find some other interesting pieces here on math education.

James Tanton is leading a project for a world-wide week of math this fall. Please take a look at the project page Global Math Week 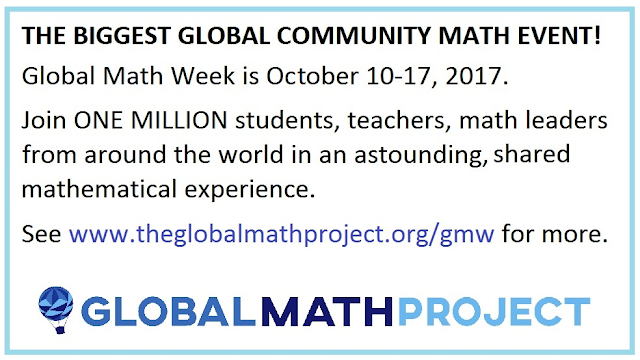