Who: Baan Pathomtham 1st and 2nd grade classes
Where: In school
When: after science and before lunch
Warm-up patterns Today, we started skip counting by 4 (first grade) and 6 (second grade). We are extending the damult dice game today and the kids benefit from as much practice as they can get.


What did we notice (dominoes)? 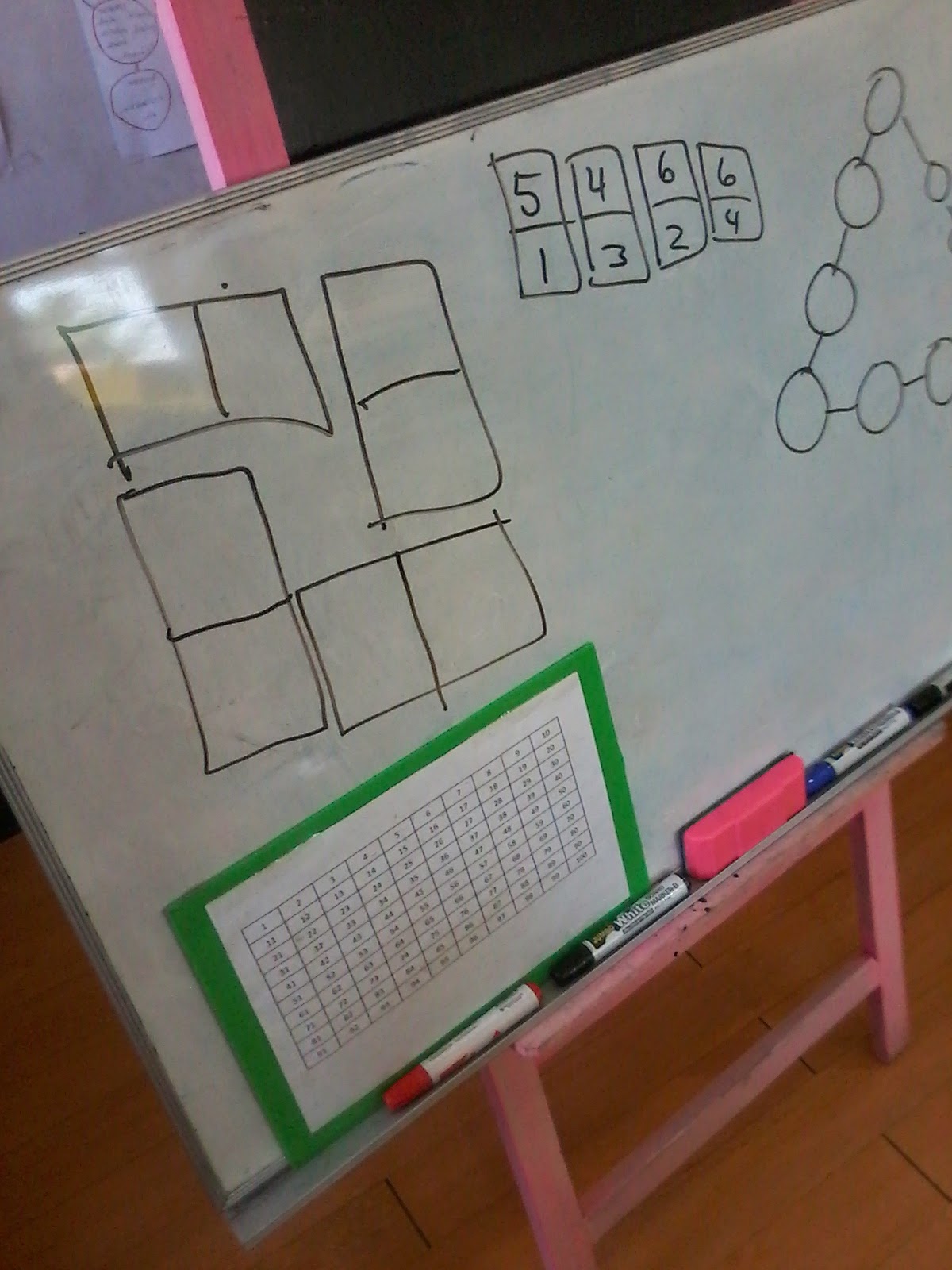 We split the class into pairs (the extra student went with P) with the following instructions: talk with your partner about what you noticed or discovered about the dominoes puzzle, write down one sentence and be prepared to share with the rest of the class. I assigned the partners and intentionally broke up traditional pairs. I made sure to have some boy-girl mixing and also paired students with different levels of historical engagement. Many kids had questions about what types of ideas they were meant to be discussing, so we gave them the following prompts:
After 5 minutes (longer on request by the first graders who were still writing), we regrouped to discuss.
With this structure, we had a really good conversation. There were a lot of ideas shared and some good debate about each of the points. Some highlights:


What did we notice (damult dice)?

We repeated the discussion process again, this time based on playing damult dice. Again, this was a really good discussion, covering a range of ideas:

We turn again to Math4Love's page on Damult Dice. In the comments, there were many suggestions for extensions to the basic game. The one we introduced today was simple: you have to hit the target number of points exactly and you are allowed to subtract the result of your dice roll instead of adding it. The basic calculation remains the same: roll 3 dice, add two, then multiple the sum by the third.

This is a very simple extension, but it makes the game much richer. Gone is the simple strategy of accumulating as many points as you can on each roll, replaced by something a lot more subtle. I'm looking forward to hearing what the kids find.


Food for thought: Multiples of 3

Playing damult dice last week with my own son, we noticed that maximizing the result often gives us a multiple of three. The challenge: why is this the case and how often do multiples of three actually occur?
Posted by JGR314 at 12:59 AM