Who: J1 and grandma
Where: grandma's house
What did they use: car advert section of newspaper
The title of this post is a parallel to Arvind Gupta's Toys from Trash. Make sure to go to his site and then build those toys with your kids! One point is that there is interesting engineering (and physics, and design) anywhere, even in trash, if you look with the right mindset. J1's recent conversation showed that math is similar.

We had a section of an old newspaper and J1 asked something about the car advertisements. That led to several good conversations, exploring and trying to make sense of the data we found: 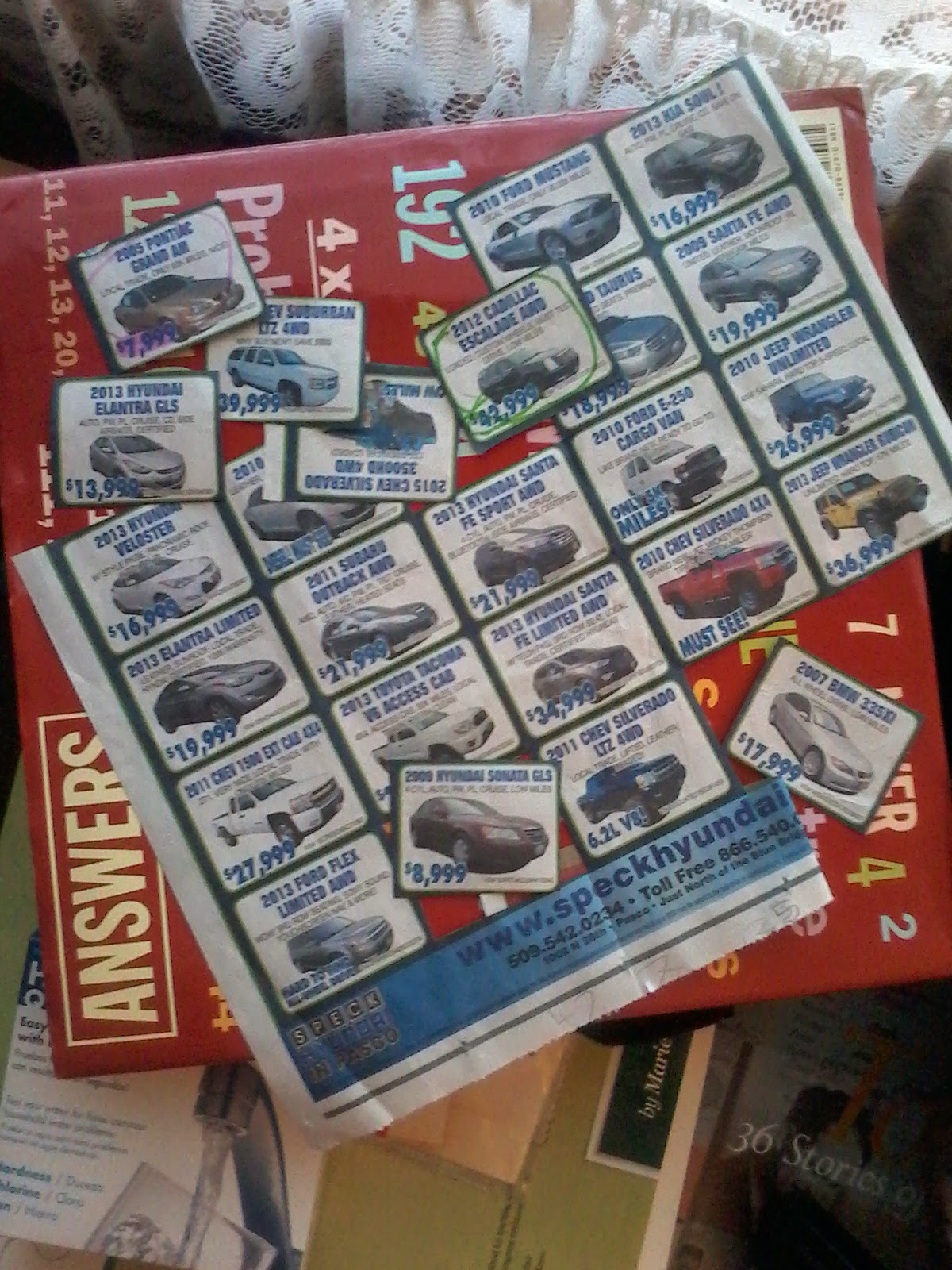 Basic
To kick off the conversation, I asked a couple of questions:

These questions were natural extensions of the interest he had already expressed and started giving him a framework for examining and organizing the data.

Grandma kicks it up a notch
The more interesting conversation started when I had to leave the room and J1 started talking with his grandmother. The key part was when she said: "I wonder why that one costs more, what do you think?" That led to a jumble of looking at the data, posing hypotheses, looking some more, asking each other questions, posing new hypotheses. Some of their ideas:

You can see that their discussion required active engagement with the data. J1 cut out the individual cars so he could move them around, ordering by price, by age, grouping by make, etc.

How do you compare things anyway?
As a side conversation, the old "apples and oranges" idea came up:

J1: well, which one is best?
G: Hey, these are all different, how can we compare them? What about fruits, which is the best?
J1: ummm, blueberries.  No, wait, maybe strawberries?
G: How do you compare them?
J1: I just like them
G: what if you wanted a lot of juice?
J1: hmm, then oranges would be best
G: so, how you compare them depends on what aspect you care about. What about the cars?
J1: All of them could drive you someplace, so cheapest is best.
G: Is that what everyone would think?
J1: Maybe someone wants to move a lot of stuff. Then they want the bigger ones (pointing to examples).

Finding Value - an extension
We got a lot out of an advertisement that was, otherwise, just junk for us. You could go even farther, if you want. For example, here's one path we didn't explore: noisy data. Maybe the dealers have made a mistake and put the wrong price on a car. How could you find that (hint: build some kind of model for what the cars "should" cost). What if they put the wrong prices on all the cars, then how would you know?

Another path: kids will almost certainly notice the prices are strange: lots of nines. J1 commented on this, but we didn't specifically pursue it. Why are prices commonly just below round multiples of 10 (or 1000)? If you experiment on yourself, can you find a pair of numbers that you know are a<b but you still "feel" that b is smaller?


Other odds and ends 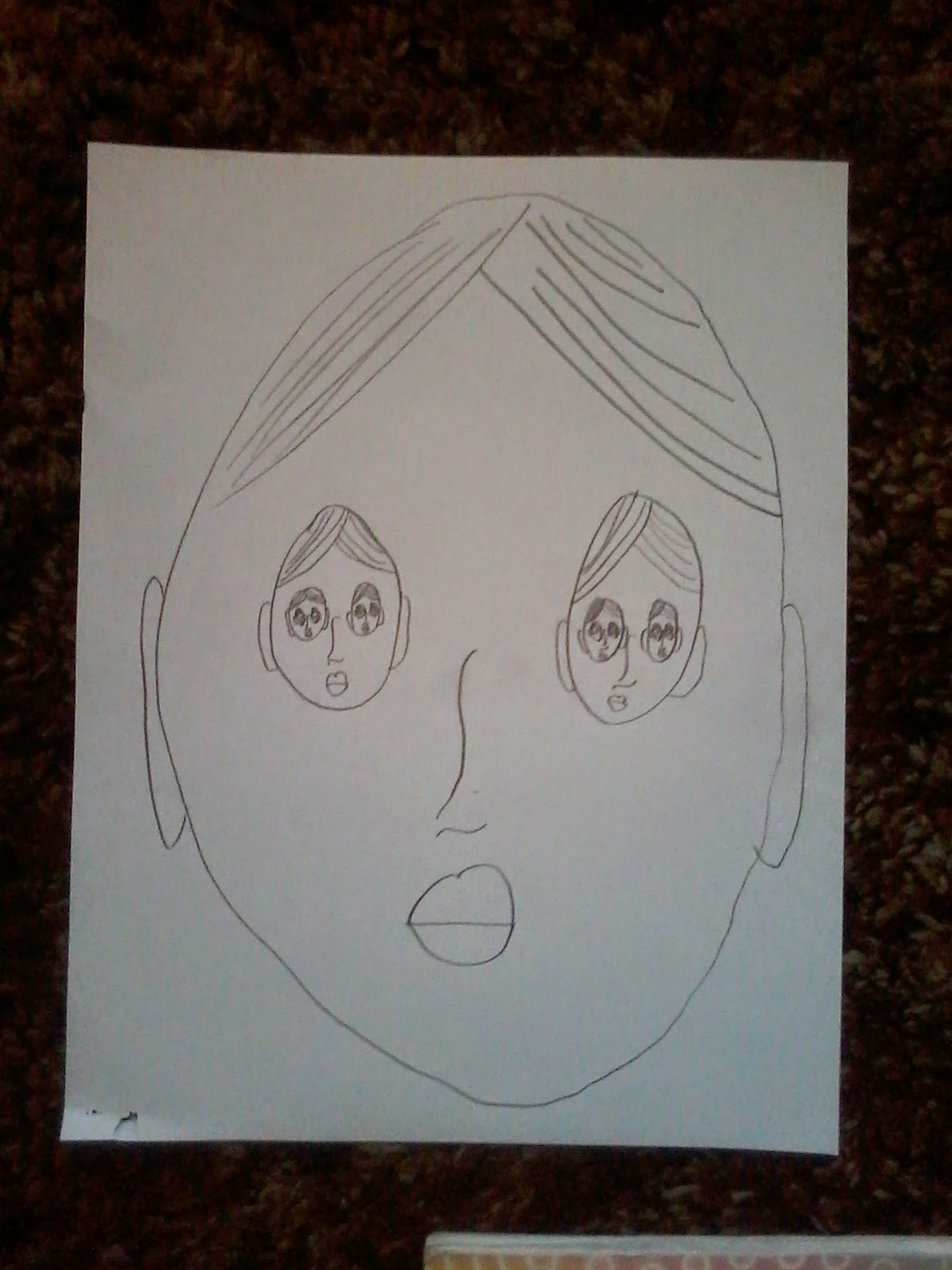 Shopping for clothes
This clothes rack has a Z (or N) shape brace on the base. What are the pros and cons of using this shape instead of an I (or H) shape? Nice discussion with J2 while waiting for P and J1 to try on some clothes: 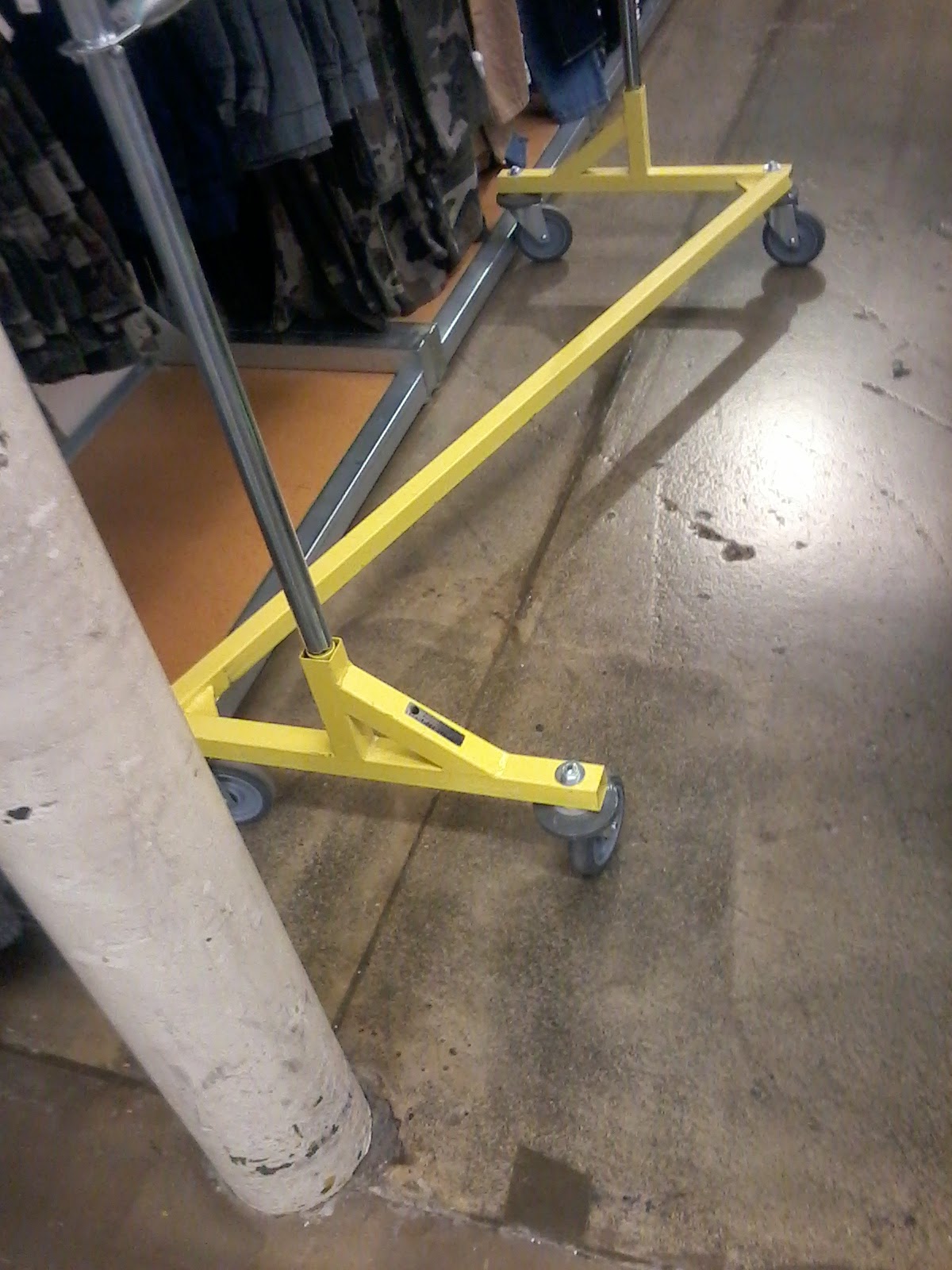