A collection of little items from the last month.

P was talking with the kids about what order they should eat their food, which led to lots of graphs showing flavor over time. I don't know if this is a typical conversation for other people, but pretty common in our house. Here are some of the charts they made: Naturally, this also led to other charts. In particular, a debate about how quickly someone could develop skills by practicing music. Note the lack of labeling on the y-axis. 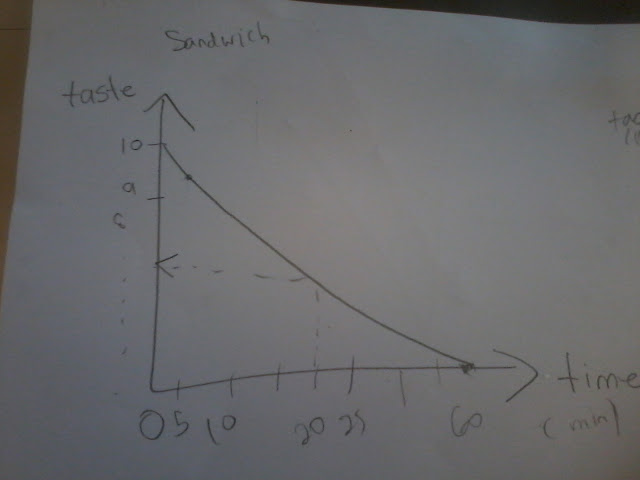 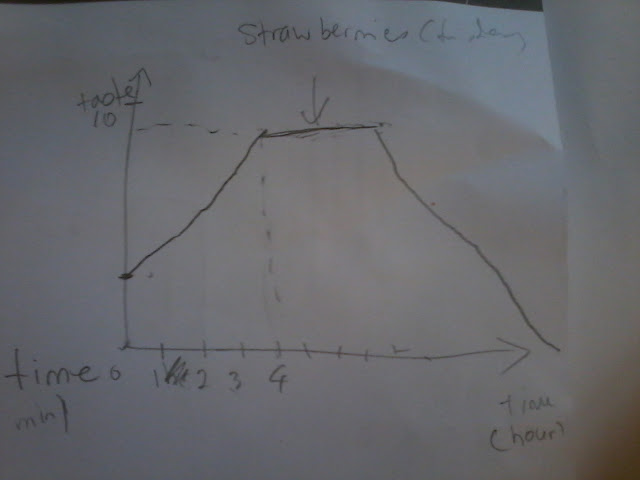 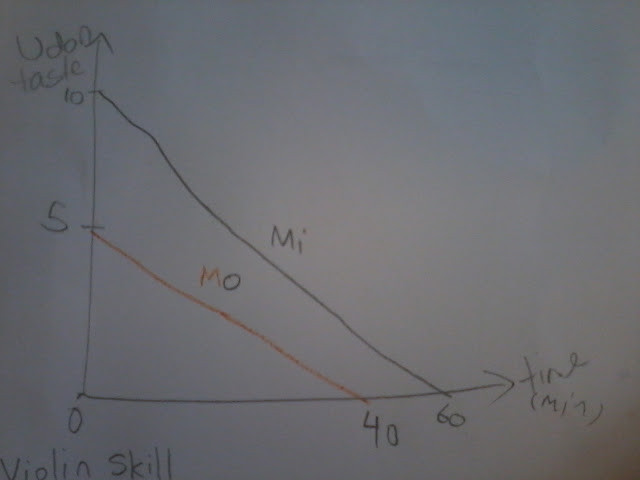 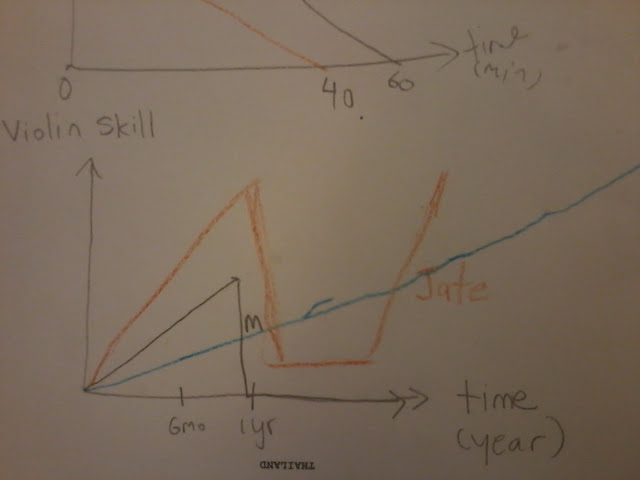 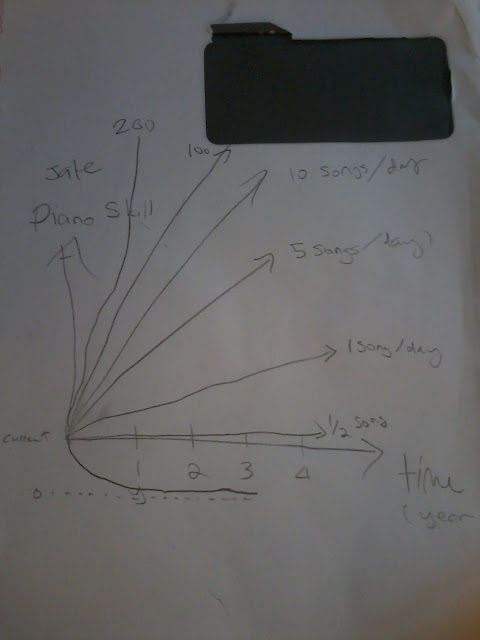 At lunch today, everyone got a math question. Apologies, I don't remember what challenge we gave to J1. J3 was given what is 5 + 2? After we let her consider and answer, J2 got asked what is the cube root of 125? Before either older kid could answer, J3 yelled out: 5.
Hmm. No, we also don't think she really understood, but it is nice to dream!

J2: look, a prime! (pointing generally at the 100 chart on our wall)
Everyone look expectantly at the wall
J2: No, it isn't. 22 is a compositive
All little Js burst into hysterical laughter. P looks at me as if to say, "this is your fault."

From nowhere: Daddy, what 3 digit number has the most factors?
Exploration to follow tomorrow.

J3 and I made scrambled eggs today in two batches. First, with milk for J1, using 2 eggs. Then, a second batch without milk for J3 using another 2 eggs.

We got a lot out of this video from Mathologer: Contortionist cubes.
An immediate idea was to see which of the objects we could construct using our materials at home. The best we managed was using polydron to build one of the contortionist cubes, with sides that are either all red or all green. This high-tech enterprise was made possible by scotch tape! 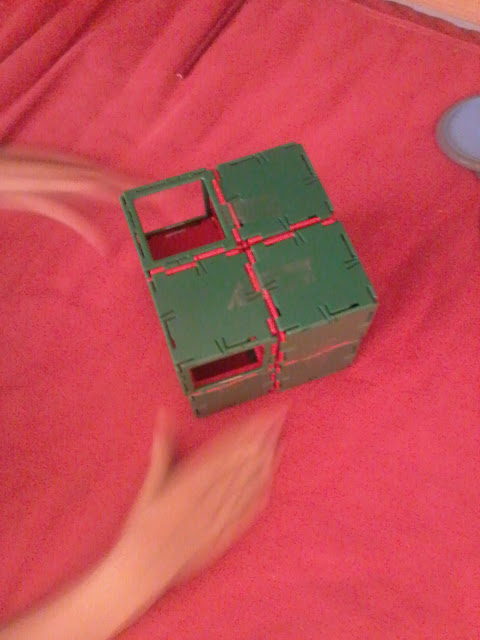 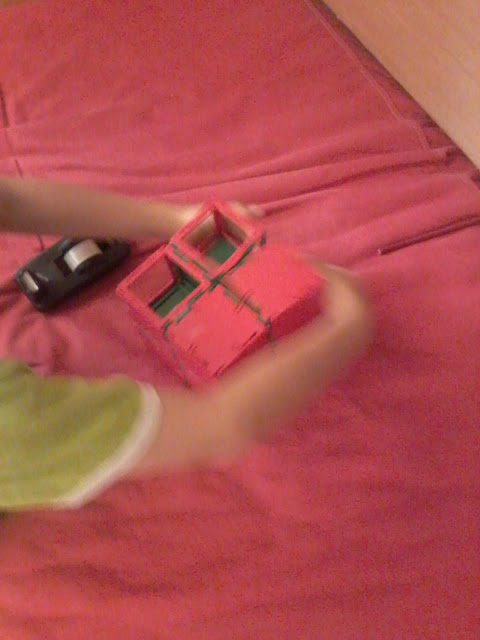