Square One TV (A talking math with your kids experience)

who: whole family
when: dinner (and then at odd times for the next week)
what did we use: internet connected TV

So, you've been reading Talking Math with Your Kids and are eager to kick off some chats? Here's one effortless cheat that has led to many conversations in our house.

Let's Play Math had a link to a Square One TV skit that reminded me about the show.  Of course, I loved it as a kid and have been pleased to find that I enjoy it just as much now. I had to introduce these to my kids.

This is the one we watched:


Some parts of the presentation haven't really kept up with the times, I admit, and the youtube video quality is low, so I think there's a lot the kids don't catch.  However, it has led to a lot of interesting follow-up discussions and not necessarily about the most typically entertaining parts of the show. For example, when we got to this point, suddenly the kids were quite and focused: 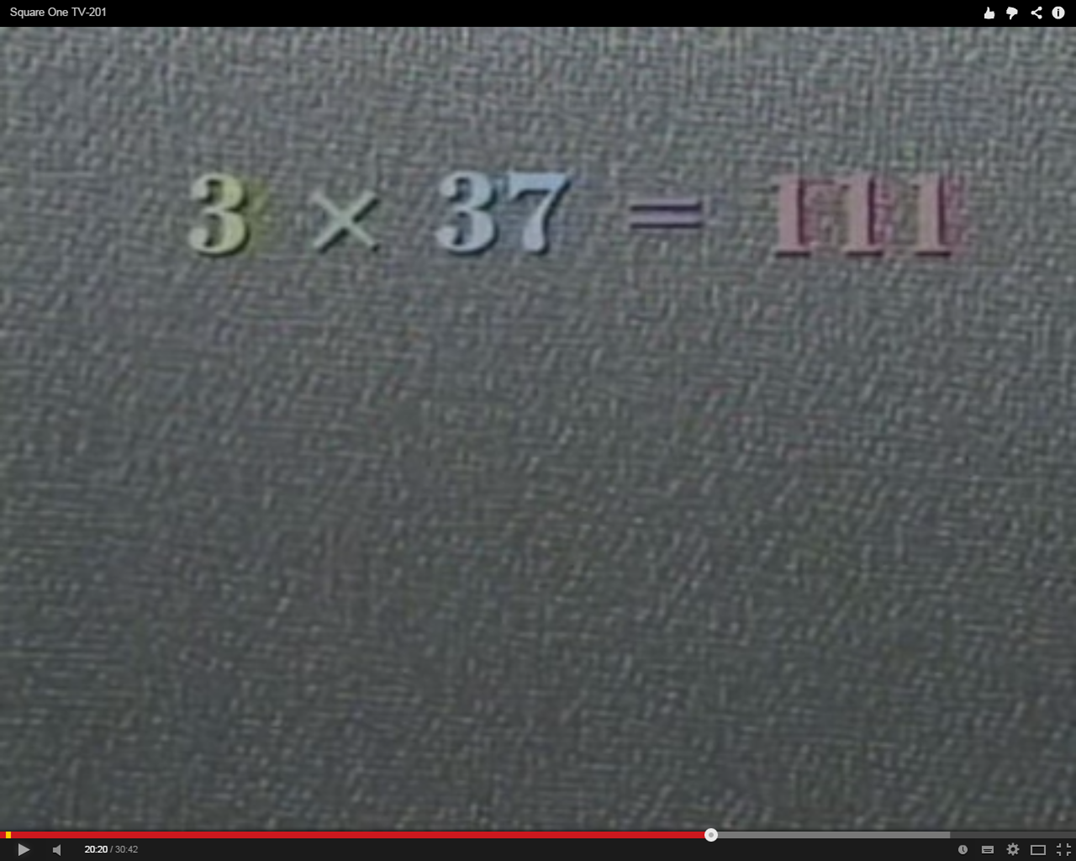 What was so interesting?  A grey screen with an equation and enough space to promise more equations! After this segment played, we paused the video and had a good chat about it.  J2 was particularly excited and explained the patterns he saw.  Over the next several days, he returned to these equations and added steps to the sequence.

The other segment that has stuck with them was the Dirk Niblick cartoon.  J1 has been doing a post mortem analysis of almost every part of the sketch.  The crescendo came yesterday when he wanted to analyze the cost of the car, the percentages and the mistake.  We spent about 2 hours talking about different percent calculations, translating to and from fractions, comparisons.  I'm not sure he completely got it, even at the end, but he continues to be intrigued and brings up the points.

After all of that, I showed them a couple of the SQ1TV songs, like Perfect Squares (to which I linked on my last post) and 8% of My Love.  Some resulting discussions and explorations:

- Perfect Squares caught J2 in a phase of thinking about square numbers and has spurred him to more questions about them (specific squares and patterns between them).  One specific thing I've been doing here is drawing area models for his squaring calculations, so that is getting to be a familiar diagram for him.

- Battle of the bulge sandwiches (also from the very first SQ1TV episode): J1 and J2 wanted to know how many sandwiches could be made if multiple meats and cheeses were allowed.  J1 made a guess it would be about 30 and then they worked on a systematic way to organize the list.