Who: All Js
Where: at the dining table and in front of our house
When: after lunch (observations from 19 December/day 18)

Our avocado pit has made some progress. 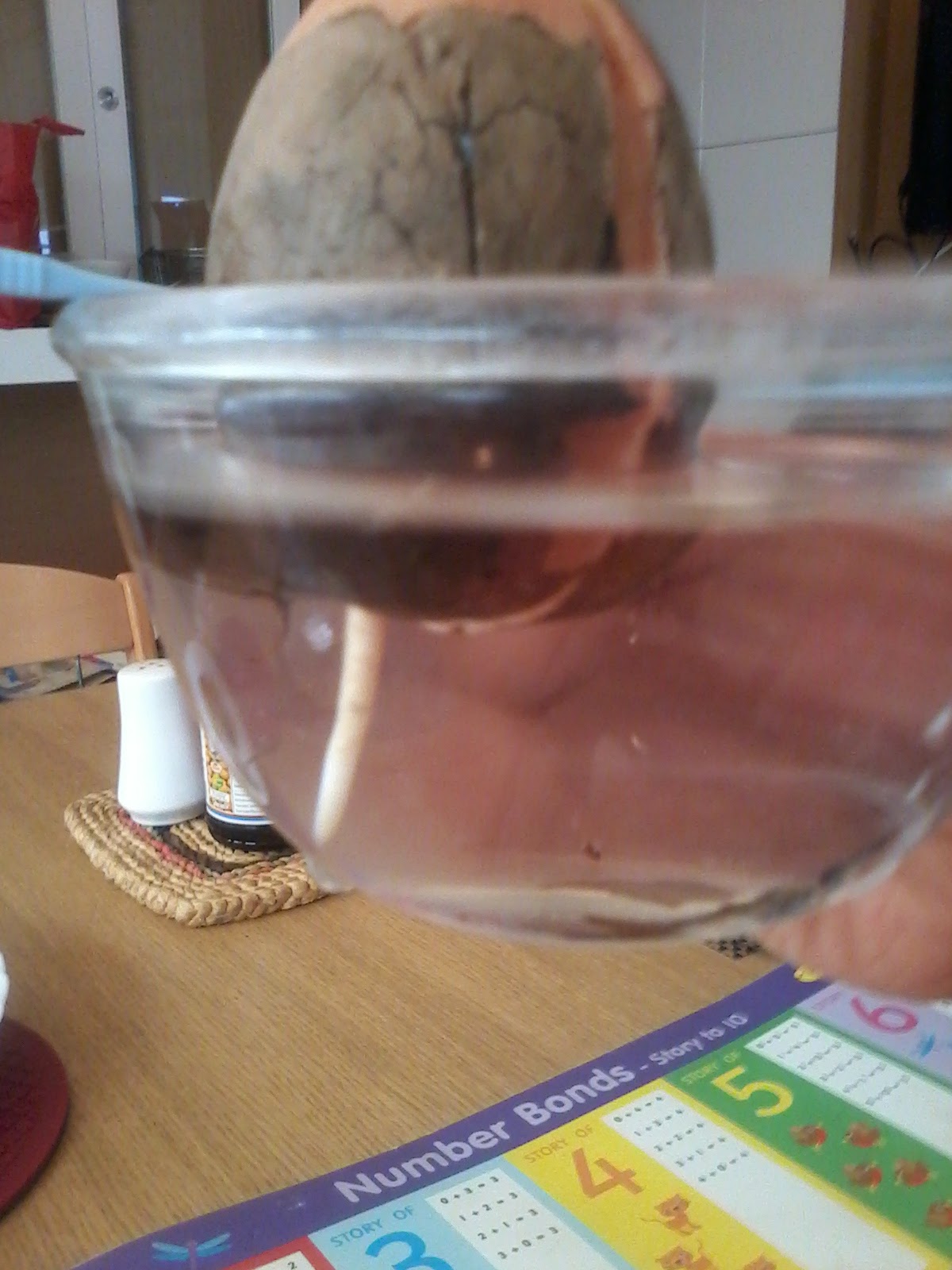 J1's observations
J2's observations
J3's observations <made at dinner, had been napping while the older two discussed>
We also had a discussion about the division of the pit into two halves. When we started, there wasn't any clear indication that it would cleave along this line. We were wondering if there was some mechanism to prevent it from cleaving where we placed a toothpick, if the splitting location is random, or if there is a clear place it will split. I guess we add these to our curiosity list.

Measurements
3 toothpicks: 0 gr on our scale, indicating that they are less than 1/2 gram
The avocado pit and 3 toothpicks together was 64 grams (J2 noted this is 8 x 8)

J1 measured me with the tape measure and proclaimed that I have 101 kg of fat. His reasoning: some
distance around was 101 cm and he assumed I must be 1 kg per cm of perimeter along that slice.

So, what happened with the soaking seeds? Here are our observation notes:
We poured it out on the street in front of our house, in the sun, and watched the water dry out. We observed the larvae moving around in the small puddle of mud as it dried and talked about what they needed to survive. J2 noticed that there was a storm drain a meter away from the puddle and asked what would happen if they went down the drain. Then we talked about whether the could get to the drain (having to cross a meter of dry ground) and how they could know that there was a safe destination on the other side. We made conjectures about their senses and ability to communicate:
In summary, we concluded that their knowledge is restricted to the limited part of the universe that their limited senses can observe directly. Can you see the editorializing?

As you might expect, fire was introduced at some point in the conversation, we ended up burning a handful of dry leaves and some paper scraps. As you do, you know.
Posted by JGR314 at 11:25 PM