Who: J1, J2, and J3 (a late appearance)
When: just before bedtime
What did we use: two sets of tangram pieces
J1 came up with a new game this evening. The rules:


We played with J1, J2, and J0 taking turns as the designer. To give you a feel for it, here is one of our designs from 3 different orientations: 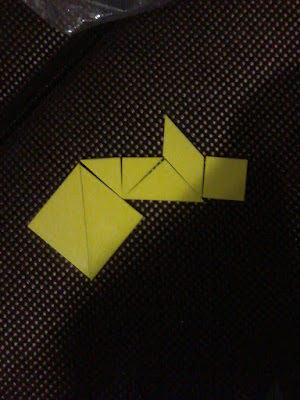 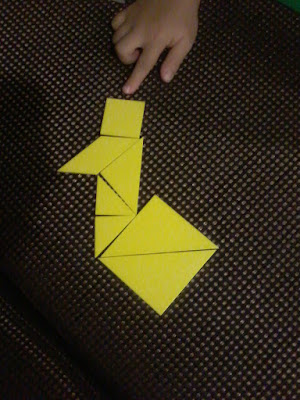 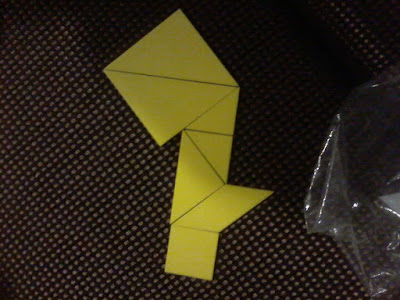 Here are some of the ideas for what we saw: person jumping out of a box, a wheelbarrow, an army officer, a flower, an 8th note in a mirror, a catapult, a road grader, a knife cutting an apple, the sword in the stone, I was surprised that no one said "poop," which just shows how engaging the two of them found this activity. I doubt it would have been as successful if I introduced these rules and asked them to play!


Our own puzzle book 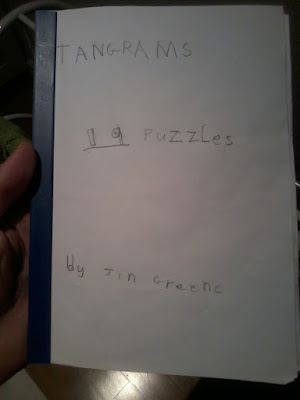 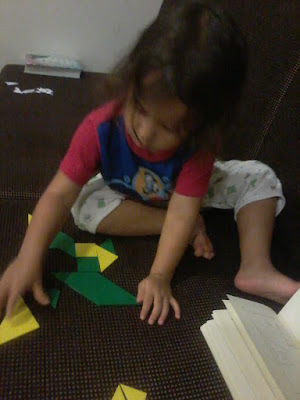 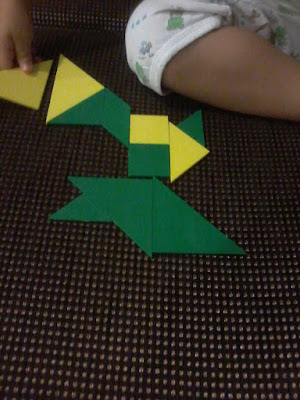