who: all grades at Baan Pathomtham
when: throughout the school day

First, Apologies! With other obligations, this is over a week late.

Second, I've already written about loop-de-loops here and here. You can find the basic explanations and background there.

In this write-up, I just want to explain how we played with loop-de-loops in the classroom and the reaction of the students. With pictures! Our experiences come in two flavors, based on the two different kinds of classes we were leading:

In these classes, I started at the front of the class with a small(ish) whiteboard to show them the simple rules. Following Anna Weltman's instruction page, I drew a 2-3-4 loop-de-loop as follows:
For the rest of the class, the kids asked me for more seeds and/or experimented with their own ideas. A couple are worth noting:
Why was this a great activity for the kids?
First, mathematically, there are tons of patterns waiting to be discovered, almost all of which are easily accessible and where the kids can set their own direction for exploration. We will write up an example in next post about the math classes.

Second, this shows some important aspects of mathematics that we often forget: it isn't just about calculating and it has a deep aesthetic (artistic) side.

The basic introduction was similar for the two programming classes. I showed the essential rules, then the kids drew some loop-de-loops on paper. Of course, the natural next step is writing a program to generate the pictures.

After more or less coaching, all the kids wrote a double for loop to draw their loop-de-loops.

Why was this a great activity for the kids?

First, it was a very natural context to use double for loops, including an outer loop where the steps are just repeated exactly and the other where the iterating variable changes as it moves through a list of step sizes.

Second, repeating, exactly, a list of instructions over and over shows off the power of the machine over hand-calculating. In this sense, it was easier to create programs to draw loop-de-loops than to draw them by hand. When doing them manually, almost all of us occasionally lost track of where we were, turned the wrong way, or made a line the wrong length.

Which brings us to: third, we got to use the computers as a tool to support our own investigation of the loop-de-loop patterns. This was because it was so easy to draw so many versions so quickly. One example was comparing the 1-2-4 shape with the 4-1-2 shape and the 4-2-1 shape. Wait for the next post for another example.

Fourth, when writing their programs, all the kids scaled their drawings.  For example, in the 1-2-4 shape, some chose to make the step lengths 100-200-400, while others chose 25-50-100, while others made different choices. This gave us a chance to talk about these scaling choices and to introduce an explicit scaling variable. Some of this continued into the next class.

Finally, in the 6th grade class, the use of computers gave them free rein to explore much longer and more complicated step sequences than they could have considered by hand. 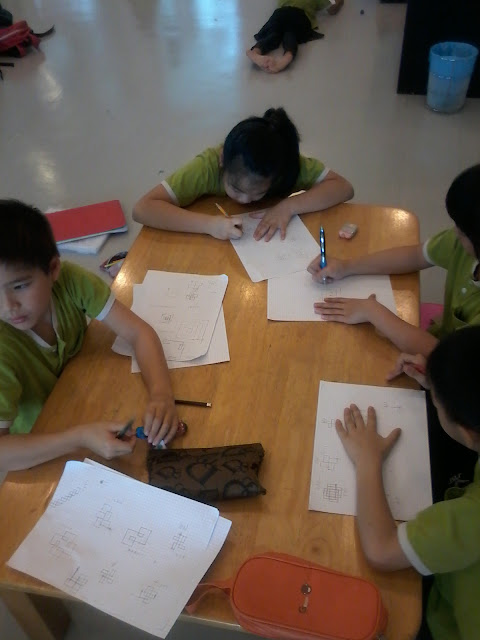 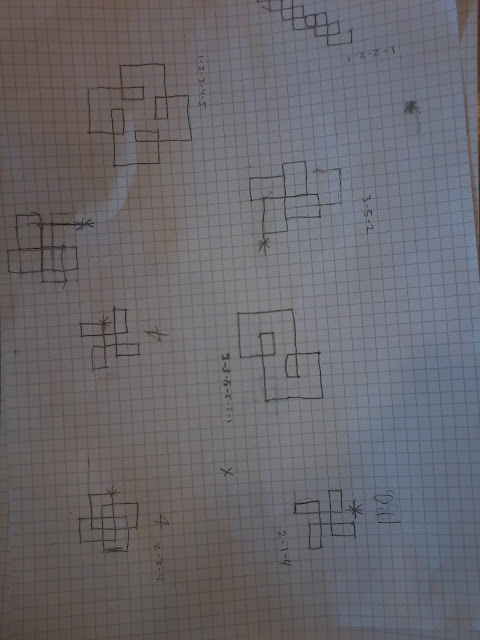 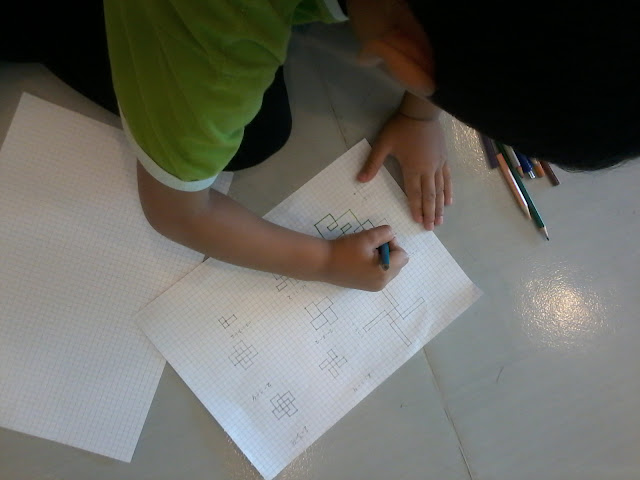 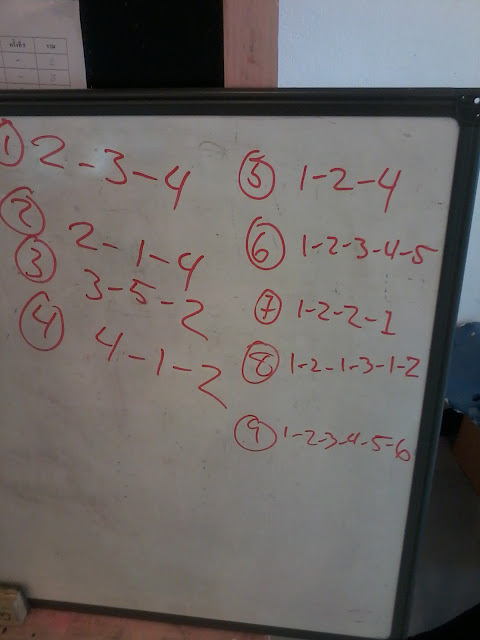 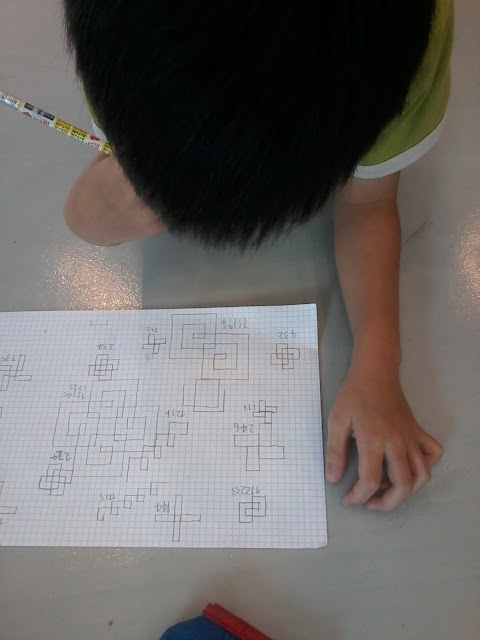