A very quick note on a fun game with some cool opportunities for practicing logical inferences and probability. Upfront, I want to say that this review is not sponsored or supported in any way. Indeed, you will see below that we managed to play the game without even using an official set of cards.

The game is Love Letter. It is a knock-out card game using a set of special cards where, mostly, you try to figure out what cards the other players have. Here are the cards; you can see each has a number in the upper left corner (a level) and a description of its action below the picture: 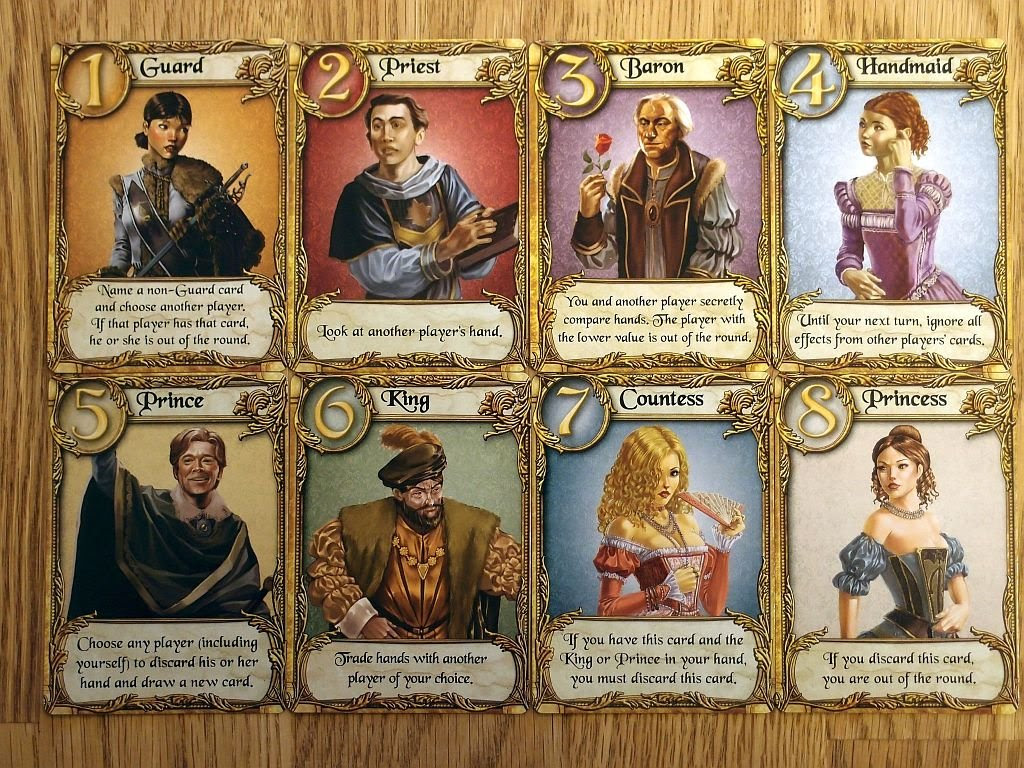 Each player has only one card in their hand, which they keep secret from the other players. On a turn, the active player draws a card, then chooses which of their two cards to play down, thereby activating that card's action. For example, if a player puts down a guard, they then choose another player and guess what card that player is holding.

There are only 16 cards in the deck: 5 guards, 2 each of Priests, Barons, Handmaids, and Princes, one King, one Countess, and one Princess. If, through game play, all but one player is eliminated, then that player gets a point for the round. If the deck of cards is exhausted first, then the player holding the highest level card wins that round.

Playing today with the two older J's, we simulated the deck with normal playing cards with the following mapping:

For the 6 and 8 year old, it only took one or two rounds for them to pick up the powers of the cards.

Here are some sample deduction scenarios that came up during play and surrounding discussion. I will leave them as exercises to you readers:


Overall, the game was a lot of fun, easy to pick up (even using surrogate cards), and led to some fun logic mini-puzzles. It also links readily to concepts around public, private, and asymmetric information which I'm sure we will be exploring as we play the game more.