a hit and a miss

Who: J1 and J2
When: throughout the day (summer vacation!)
where: around the house
what materials: paper and scissors, access to pencilcode.net

Here are a couple of recent activities/discussions with the kids. More than the content, though, is a reminder that sometimes an activity won't click right away, but they may still come back to it later on their own time.

This first activity was a big hit, so thanks to Musings of  Mathematical Mom from which we copied the Many-many game. To play, we needed to make factor cards. While the kids were doing something else nearby, I started making a couple by just cutting slits out of square pieces of paper. Almost immediately, they took over and insisted on making their own. Here are some of their products: 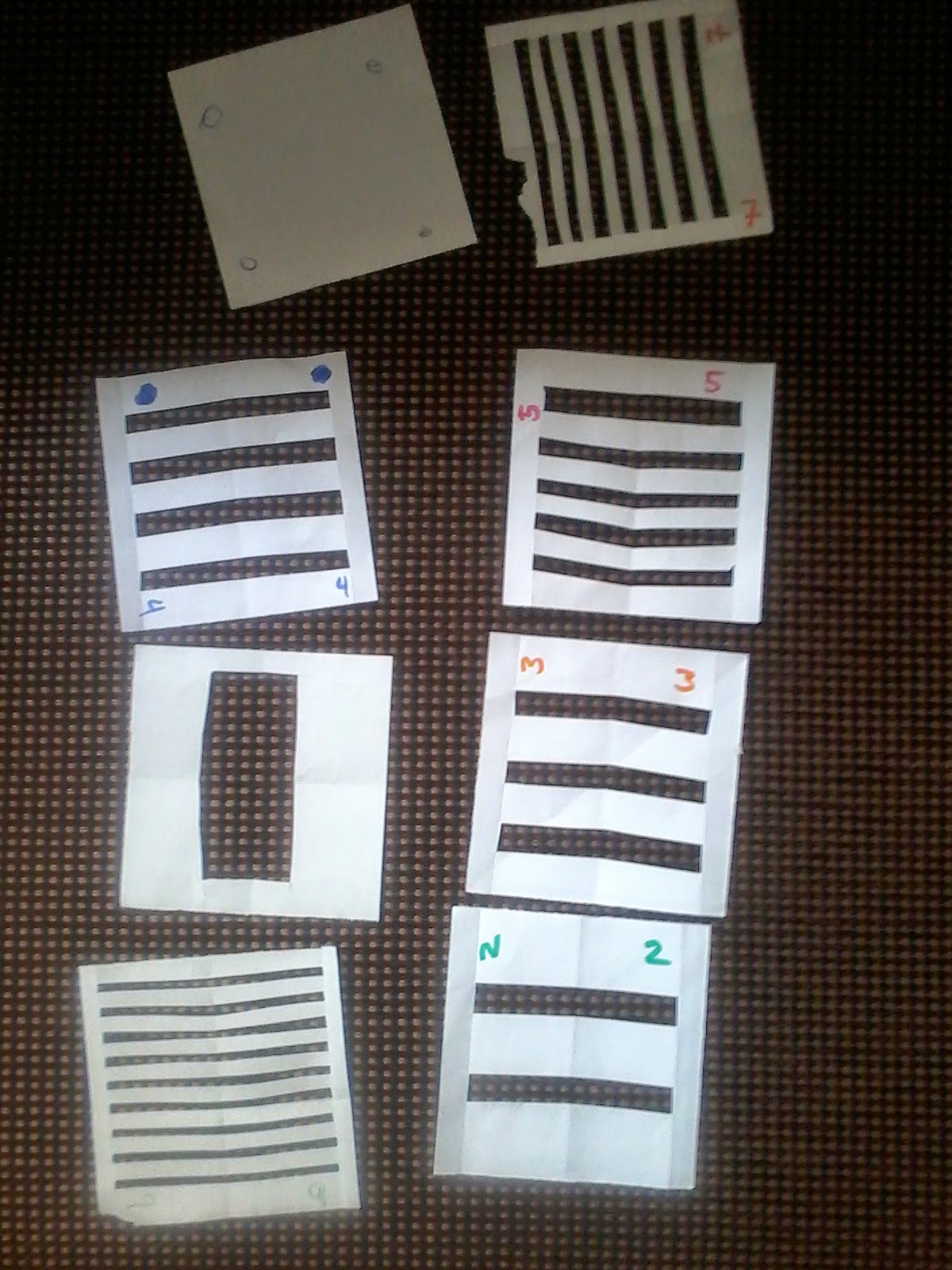 As an example, this is the pattern for 3x5: 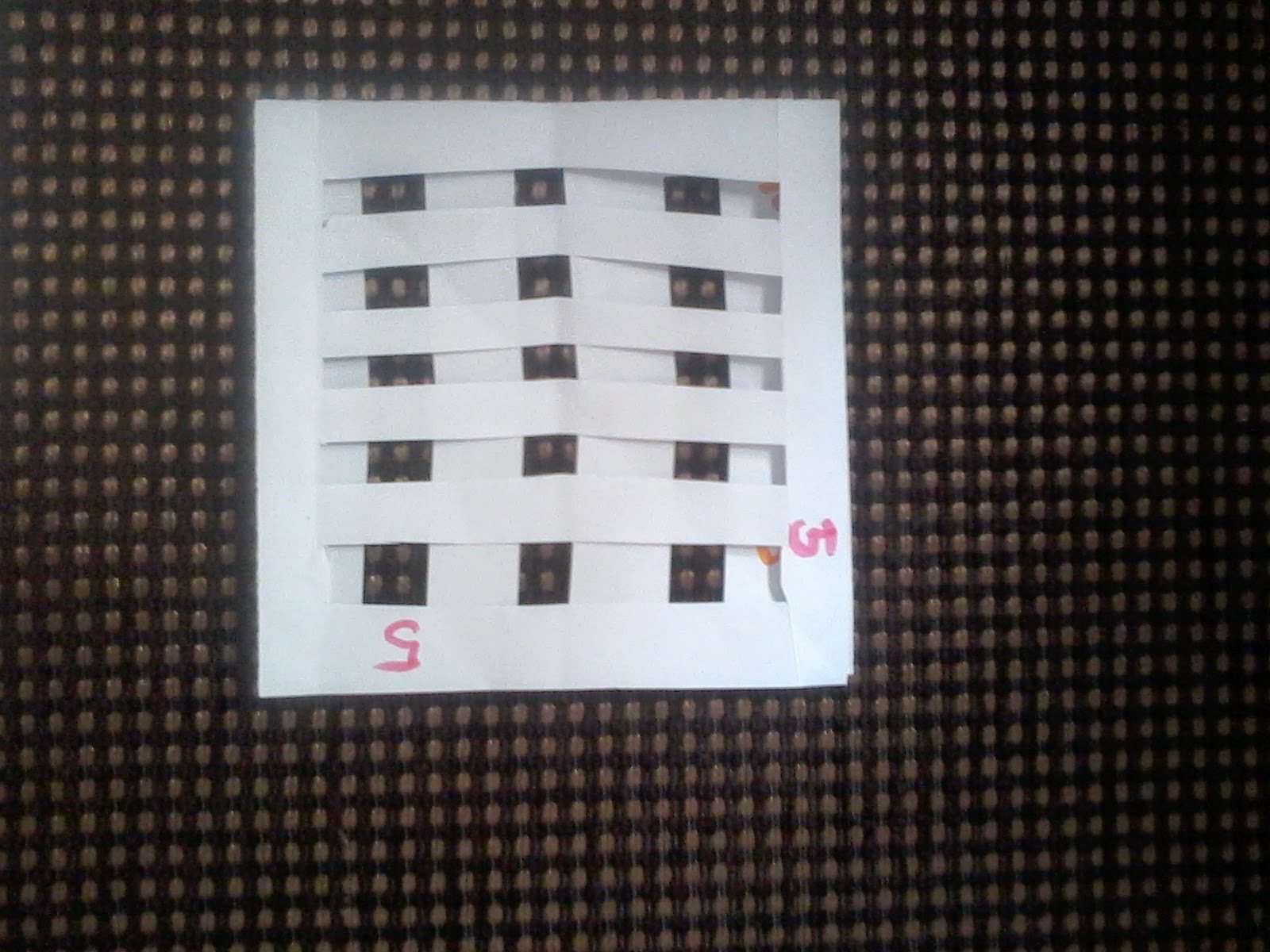 While the product isn't beautiful, making the factor cards was fun for them and it really engaged their thinking about the multiplication model. In particular, there were some interesting mini-discussions about which number factors to make and how long to make the slits (if some are too short on one card, they might not get an open window when matched with another card).

In general, our kids respond really well when an investigation is prefaced by making something and that preliminary always leads to deeper questions about the structure around the topic we are exploring.

One other question they raised: how can we use these window cards to do 3 factor multiplication?

The next activity was initially a miss, but J1 has been keeping it in mind and even asked tried to introduce it to a friend during a skype call tonight. The challenge question in isolation: if you can only make angles that are multiples of 30 degrees, how many different triangles can you make (up to similarity)?

Now, this wasn't how I posed the question to him, so you'll have to forgive a bit of background. J1 has recently spent more time making his own pencilcode programs. One is a simple program that creates 4 buttons that control the turtle (take a play yourself here). The buttons move the turtle forward, backward, turn 30 degrees clockwise, and turn 30 degrees counterclockwise. I don't know what motivated this program, but he had seen at least one other user make a similar version.  The key difference he noticed was that the other program only allowed 90 degree turns.

J1 was talking about how limiting the 90 degree turns are, so I asked him to show me something he could draw using his program that the other program couldn't replicate. He showed me a triangle (30-60-90). Thus, the extension question: how many different triangle shapes can he make with his program?

He played for a couple of minutes, but quickly moved on to something else. I was a bit disappointed, but didn't express anything to him about it. Somewhat to my surprise, it has come back tonight as he is going to sleep and he asked me to remind him to investigate more in the morning.
Posted by JGR314 at 7:06 AM