Who: Baan Pathomtham 1st and 2nd grade classes
Where: In school
When: after science and before lunch

Our school went to a play over the weekend, somewhat about chickens. Unfortunately, there were no mathematical chickens, but maybe someone will draw one this week? 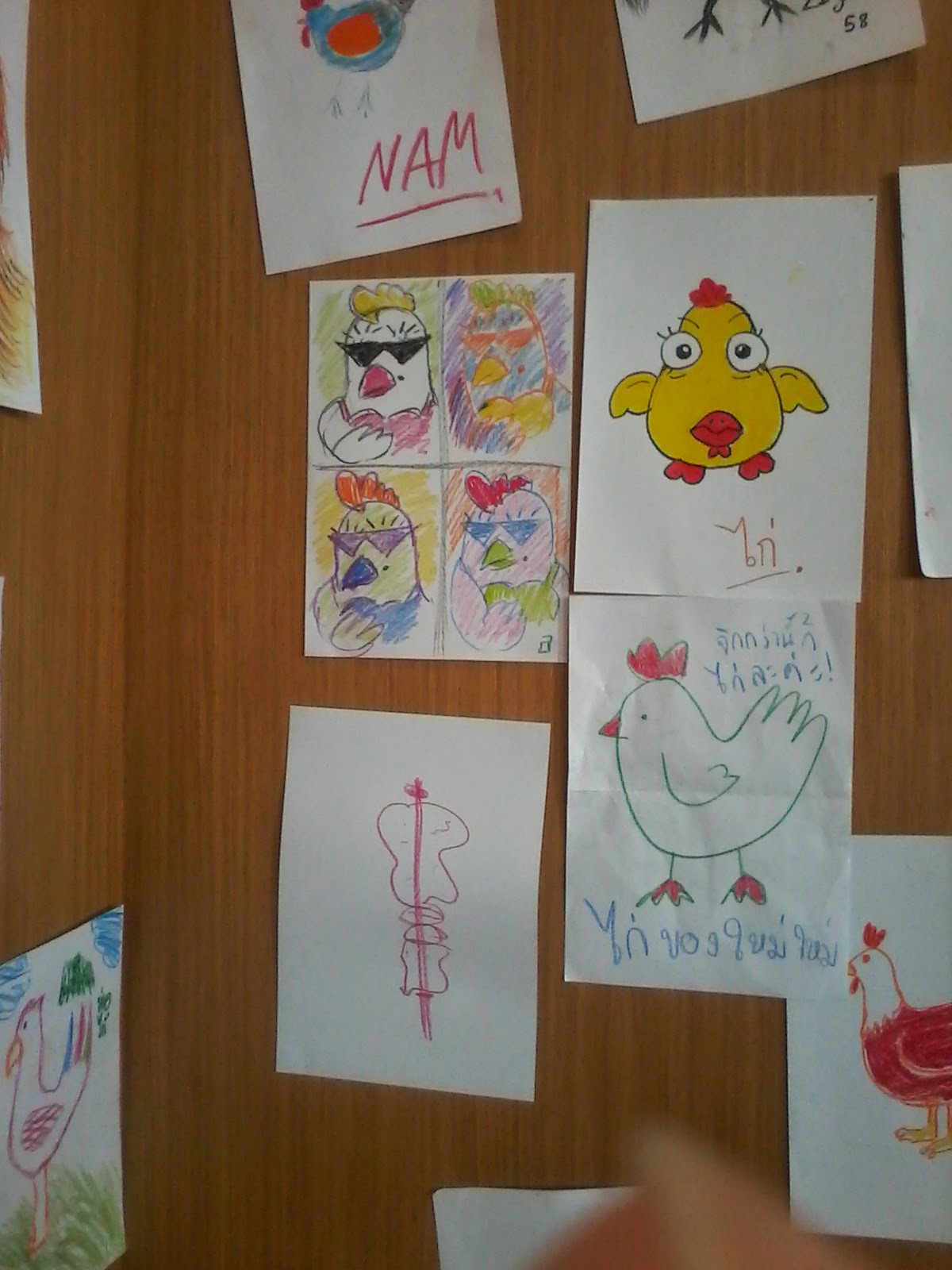 Dice turn into a graph

The homework last week was to play damult dice with subtraction, targeting a score of exactly 100. We had discussed some observations about the game and had left open the observation that a lot of scores seemed to be multiples of 3. Over the week, I made a little pencilcode program to show the scoring distributions and thought this would be another good focus for the kids to make observations, conjectures, and pose questions. The distribution we discussed today was the max scores distribution, so you can play along here: Scoring histograms.

Once again, this turned into a good conversation:
For homework, we gave everyone a copy of the possible scores histogram and assigned them to write an observation or question about the graph.

This is another card game. I'm not sure of the source, but will link back here when I find it.
Material: Pack of standard playing cards (J=11, Q=12, K=13), manipulatives for adding (we used 100 charts) are also helpful.
Set-up:Deal out all cards to the players. In the first version, it doesn't matter if people have different numbers of cards. Players don't look at their cards.
Play:Going clock-wise around the table, the player turns over one card and adds its value to the running total, if that result is less than 35. If the sum is 35, the player scores a point and the running total resets to 0. If the sum would be more than 35, then the player subtracts the value of their card from the total instead of adding.
Example: if we have gotten to a total of 26 and the next player puts down a 9, they would get a point. If they turn over a 10 or face card, then they subtract that value from 26.
Tips: