The high chair for learning inequalities (also, a broken calculator)

who: J2 and J3
when: at lunch
where: local Japanese restaurant

While eating lunch today, we found a good excuse to talk about (mathematical) inequality. Next to our table were two spare chairs, a kid high chair and a standard adult chair. The natural questions:


In the course of the conversation, they talked about who is taller standing (J2) and which chair has a higher seat. It made intuitive sense to them that the taller person in the higher seat would end up higher. Still, it was good to test: 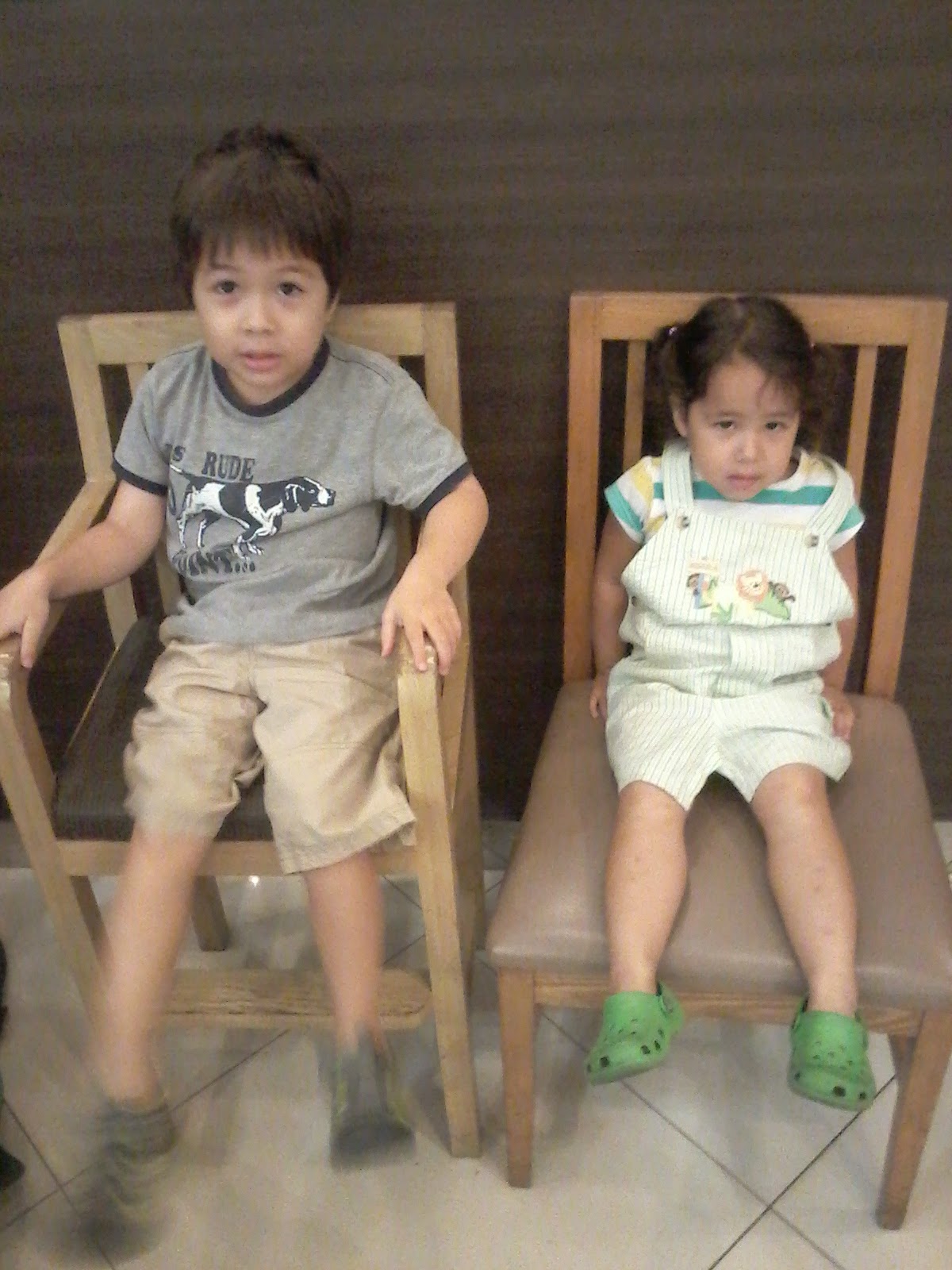 For the question about switching seats, they weren't sure, but thought J2 would still be taller (he was). Finally, I asked J2 if this would always be the case: if he sat on a lower seat, would he still be taller? After a minute's reflection, he said it could be either of them. Could they happen to end up the same height?  Also, yes!

With these simple props, it ended up being a surprisingly good conversation.

After reading Mike Lawler's post about of Dan Finkel's Broken Calculator puzzle, I had to share it with J2. He was asleep at the time, so I made my own in pencilcode (a souped up version here). This morning, after breakfast, I showed it to J2, gave him the back story. We briefly talked about square roots to remind him, and then he was hooked.

You can see his current progress here, working toward finding a way to get every integer from 0 to 109: 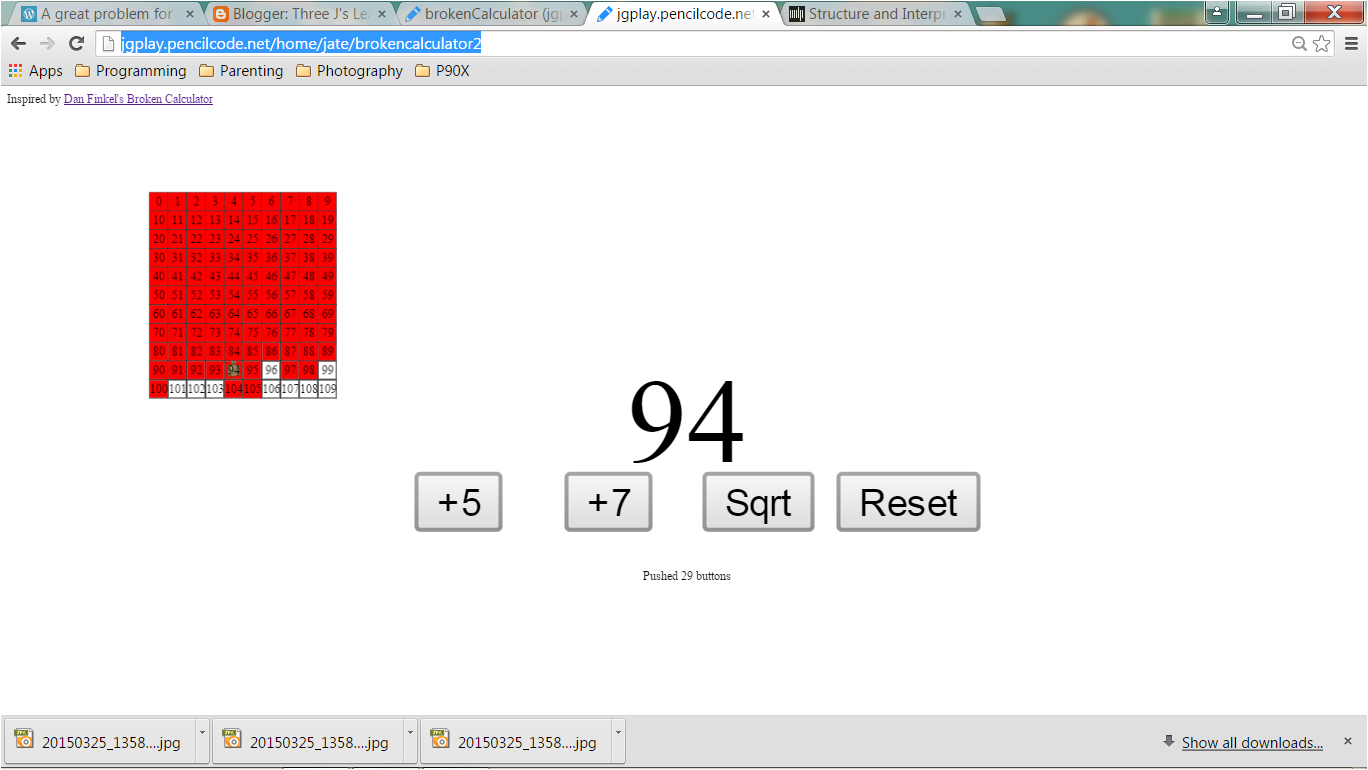 Mike's post and videos are very good, so I only want to make a couple points to complement his discussion:

For anyone who wants to sneak in some calculation practice, this served that purpose, too. Why, you might ask? Even though he could always see an answer by pressing the button, there was a cost if he pressed the wrong one because then he would have to go through his sequence again. As a result, he would pre-calculate each operation to make sure it was taking him along the right path.

Finally, this same framework could be used easily with other operations. In particular, for kids who aren't yet ready for square roots, the reduction button could be division (e.g., divide by 4) or even subtraction (e.g., subtract 19).
Posted by JGR314 at 8:31 AM