Who: J3 (2 yr old)
When: at breakfast and again at lunch
Where: the dining table
What did we use: a cup with a repeated picture on it
Look closely at the cow (cows?) on the cup below. I've taken the picture from 4 orientations, so you can see all around the cup. How many cows are there? 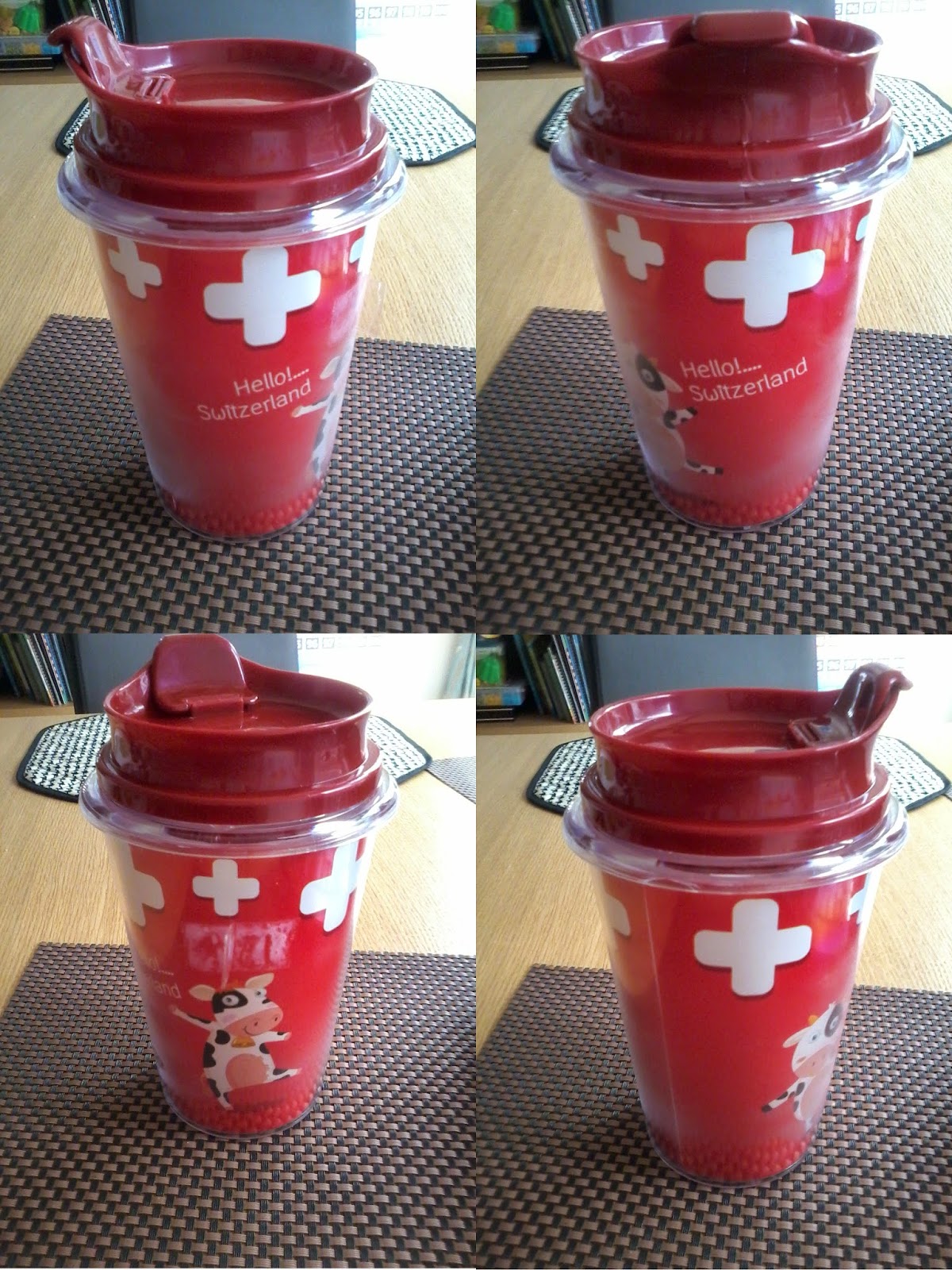 I discussed this with J3 the other day.  She pointed to the cow and counted, then I turned the cup until she saw another cow, pointed at it and counted.  We kept doing this until she had counted up to 5.  I asked her to try counting them again, and again I stopped turning when we got to 5. I asked how many cows are on the cup and she said 5. We did it again, but this time I kept turning until she counted 6.  We did it again up to 10. Finally, I kept turning until her counting got very unorthodox (mid-teens) and with large skips and also going back to smaller numbers.

Later in the day, I put a piece of tape next to one of the cows (this is actually when I took the pictures above). I repeated the same turn-and-count with J3 (I think up to 10).  Then I drew her attention to the tape and repeated the counting.  Same result.

As I typed this, she looked over my shoulder, pointed to the pictures and proceeded to count up to 5 cows.

We do a lot of counting objects, moving them between piles, associating them with fingers, comparing which is larger, so I already knew that her one-to-one association of objects and the count is shaky. Still, I was surprised that she was willing to accept an arbitrary number of cows on the cup.

Challenge
Did you notice the white plus signs on the cup? How many are there?

If you didn't notice them, perhaps this was an invisible gorilla experience.

If you did notice and also counted them, particularly if you distinguished large and small ones for a more detailed analysis, then you can be an honorary member of our family!
Posted by JGR314 at 12:49 AM