How many animals (domino counting challenges)

who: J3, J2, and J1, but the real questions here are for older children
when: morning with J3, evening with the older ones
where: family room
what material did we use: a set of animal dominoes

When J3 counts, she often says "eleven" after "six" instead of "seven." I set out to show her the difference between 7 and 11.

First, we've got 7 dominoes, I put the blank sides up so that the pictures wouldn't distract us from counting them all as a consistent collection: 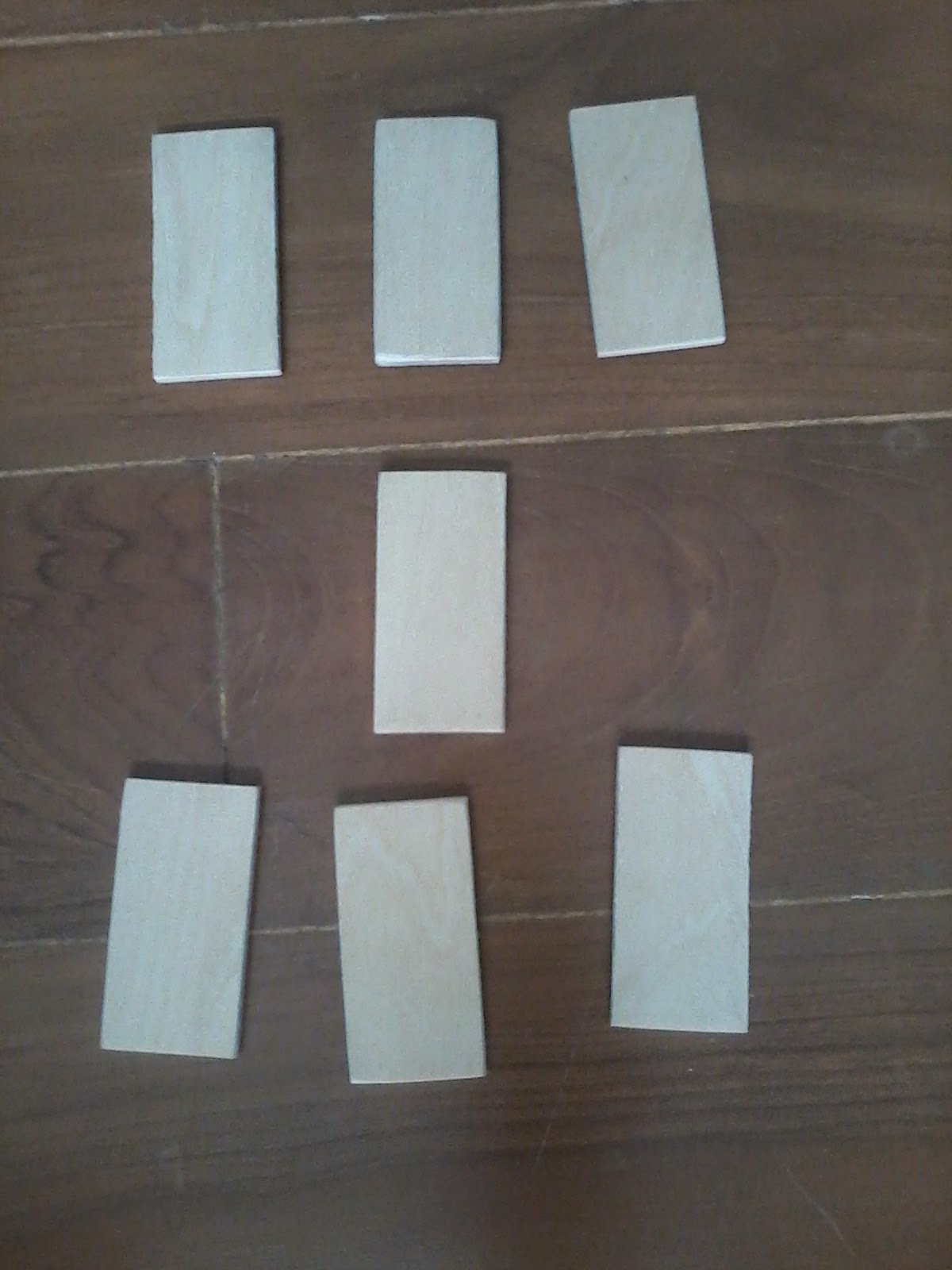 Next to those, I arranged a group of 11 (again, all blank sides up): 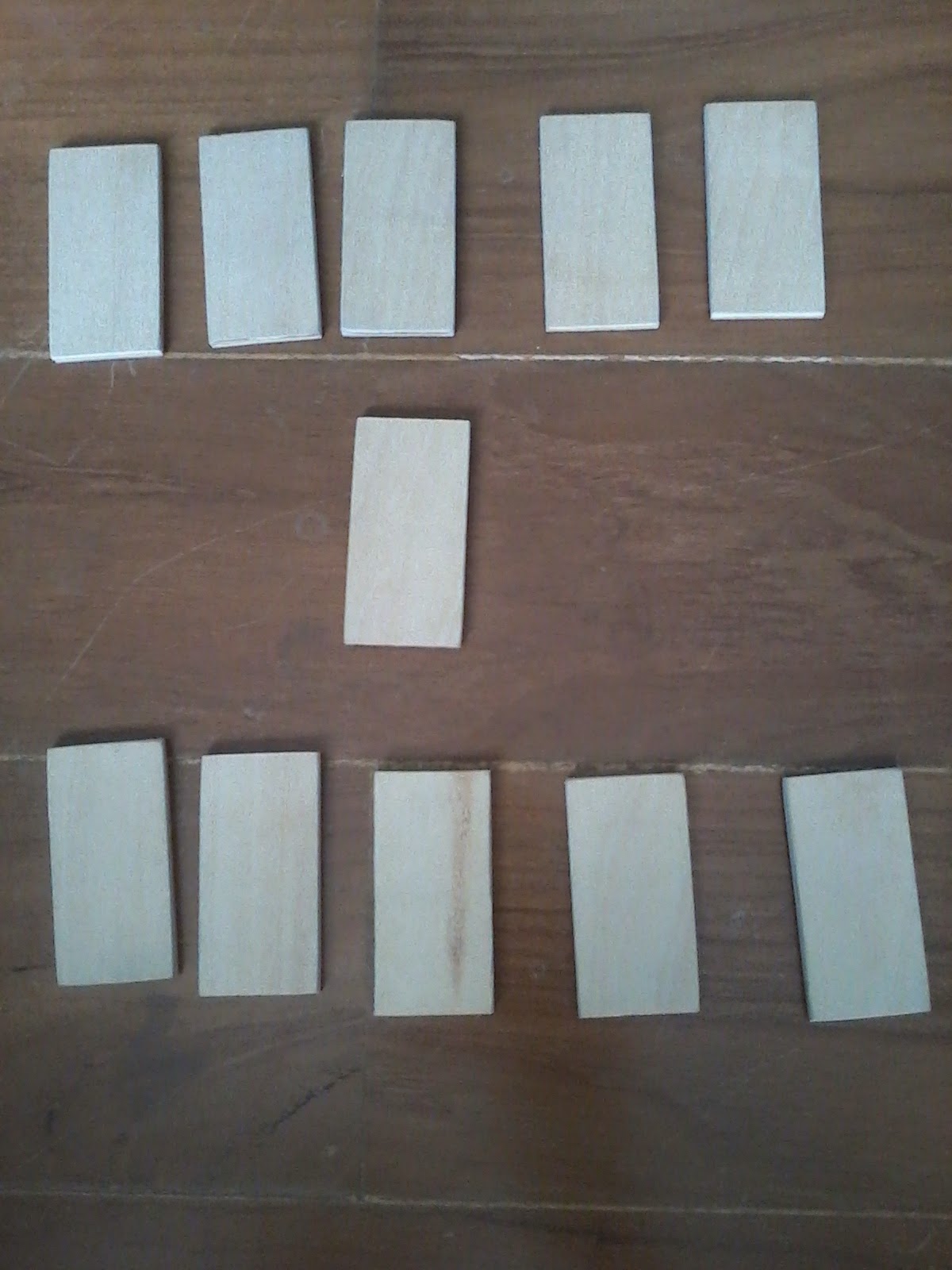 By this point, she wasn't interested.  I think she found some take-apart cars that needed to be investigated. I, however, was interested in two follow-up questions:
The challenge of the first question is coming up with techniques that don't require counting the remaining dominoes.  I have one strategy in mind (other than pure guesstimating) that I think is too advanced for J2 and J1.

For the second question, I think even a direct count requires a thoughtful strategy (though some simple ones are available).  What direct counting strategies can you suggest?

Below, I'll show you how many dominoes are in the set, but I'm still only going to show you the blank faces.  Is that enough information to figure out how many animal types? 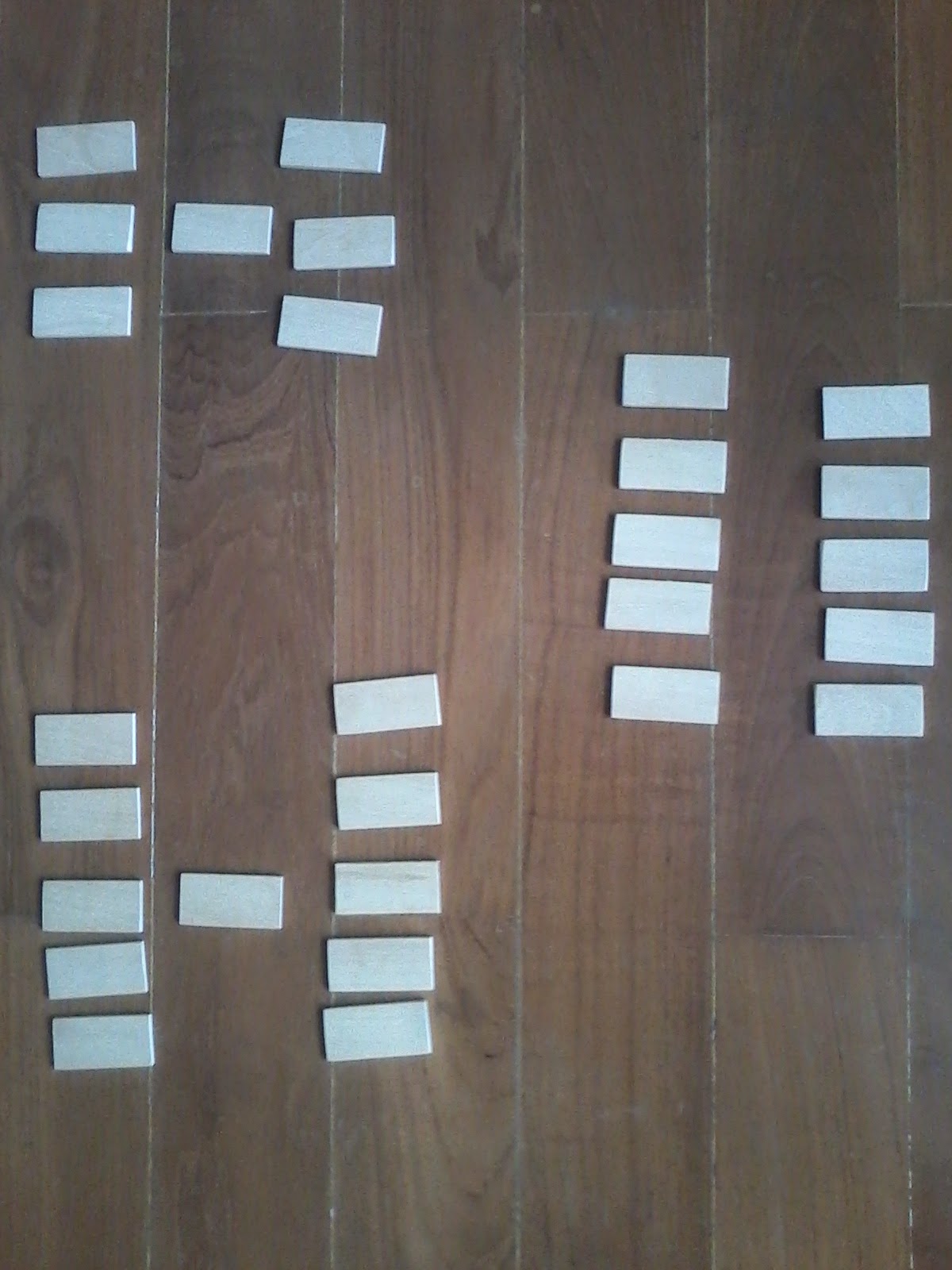 Now, can you answer the second question: how many animal types are used in this domino set?

Advanced challenge:
Do the same thing with a pack of Spot It cards.
Posted by JGR314 at 1:35 AM