Get your hands in!

I was going to call this "get your hands dirty," but only a tidy mother could consider any of these messy.

We were just playing around with various things on hand.  Mommy did some special RightStart Math with Jin that she will report later, but all I did was capitalize on the good fortune to have toys around. 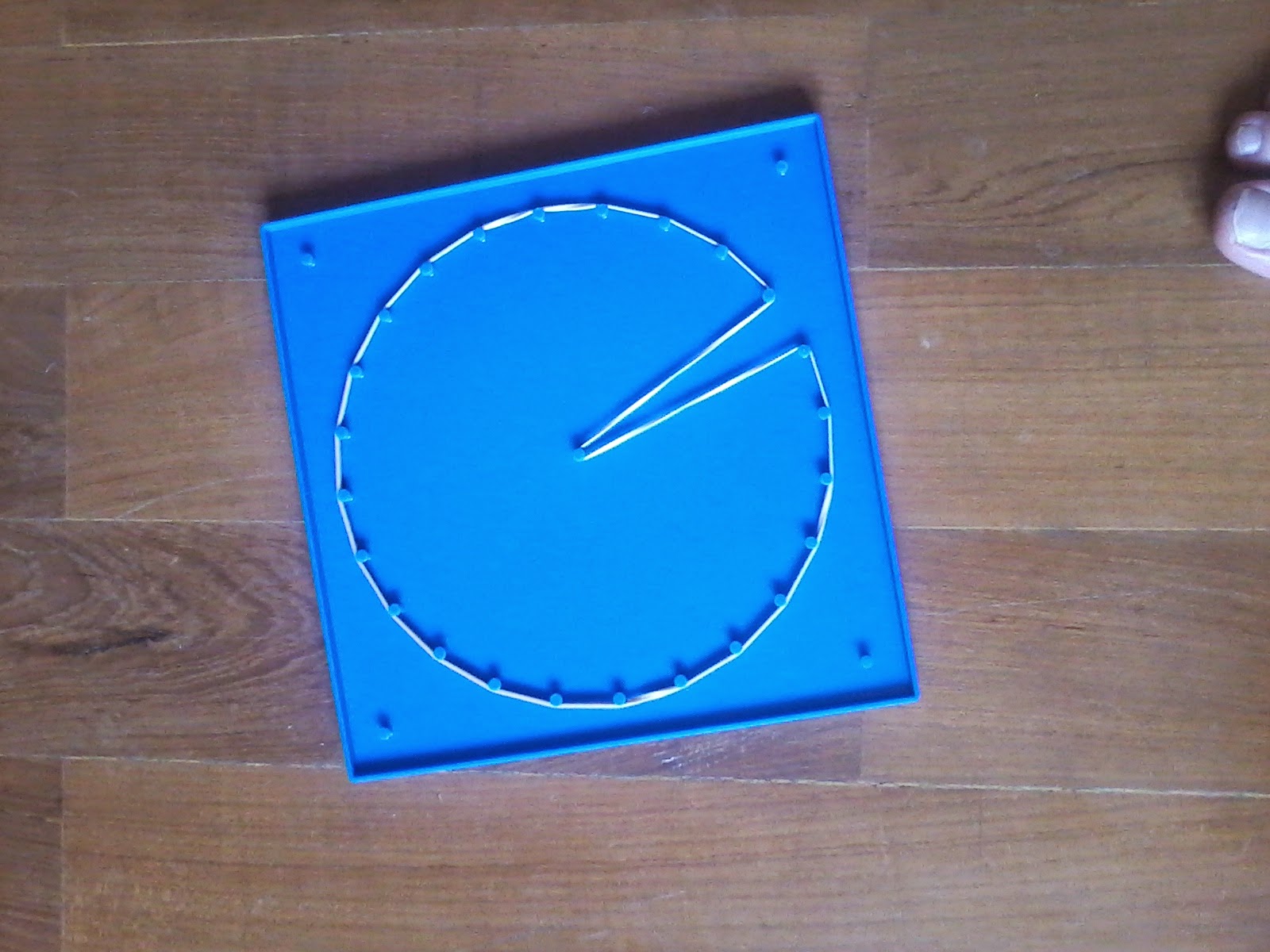 While they are playing with the geoboard, we talk about fractions of the circle, angle measures, etc. Another little question we explored: how large did we need the rubber band to be so that it would stretch to make this design? 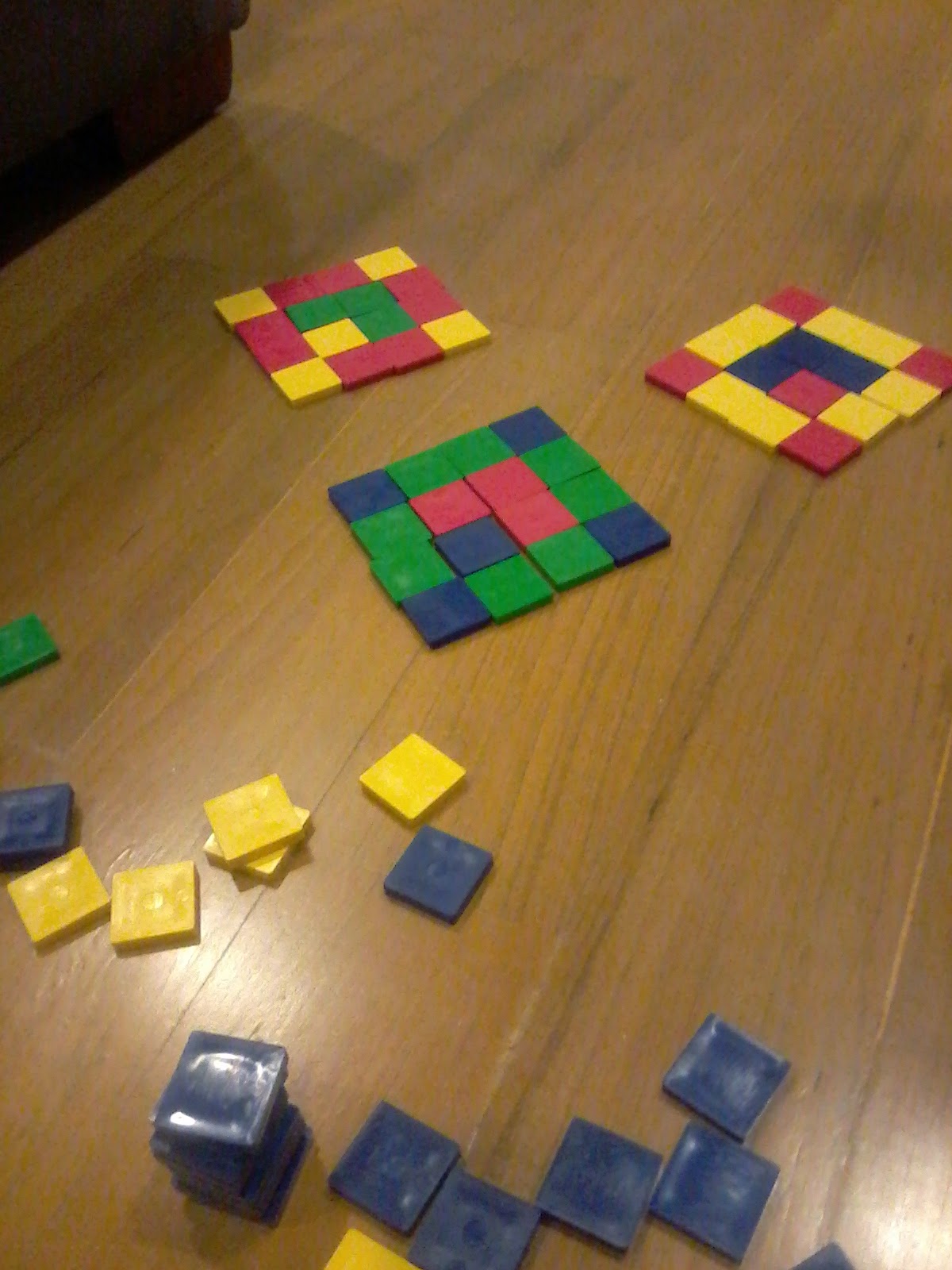 Honestly, I don't know what these patterns represent, other than looking nice.  They were variations on a 4x4 which had the inner 2x2 in red, the corners in blue, and the other 8 tiles in green.  See if you can guess what that meant.


Count your eggs before they hatch 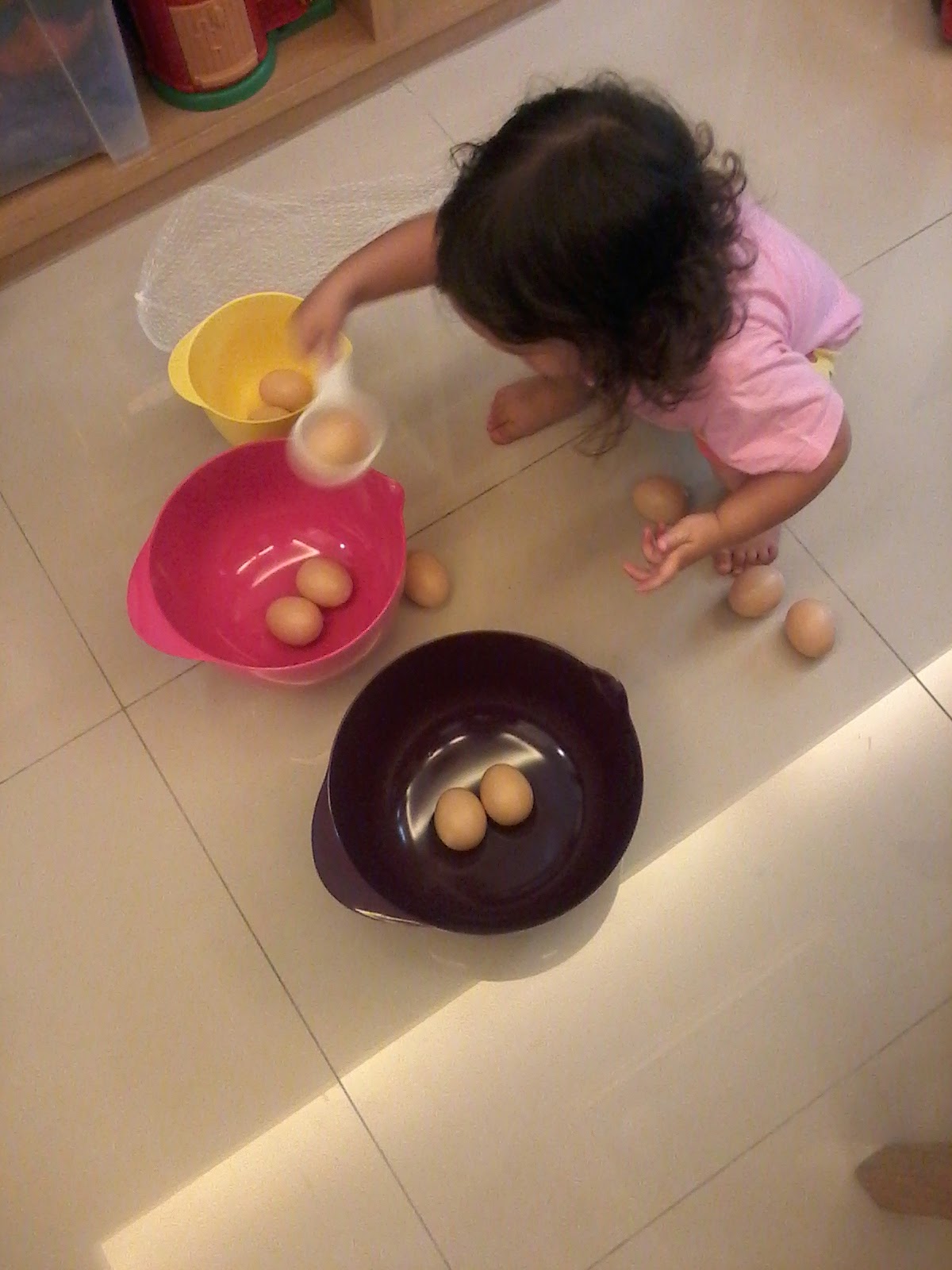 Counting, dividing, comparing, adding, spinning, juggling, tossing, laughing, there was no end to the math here! 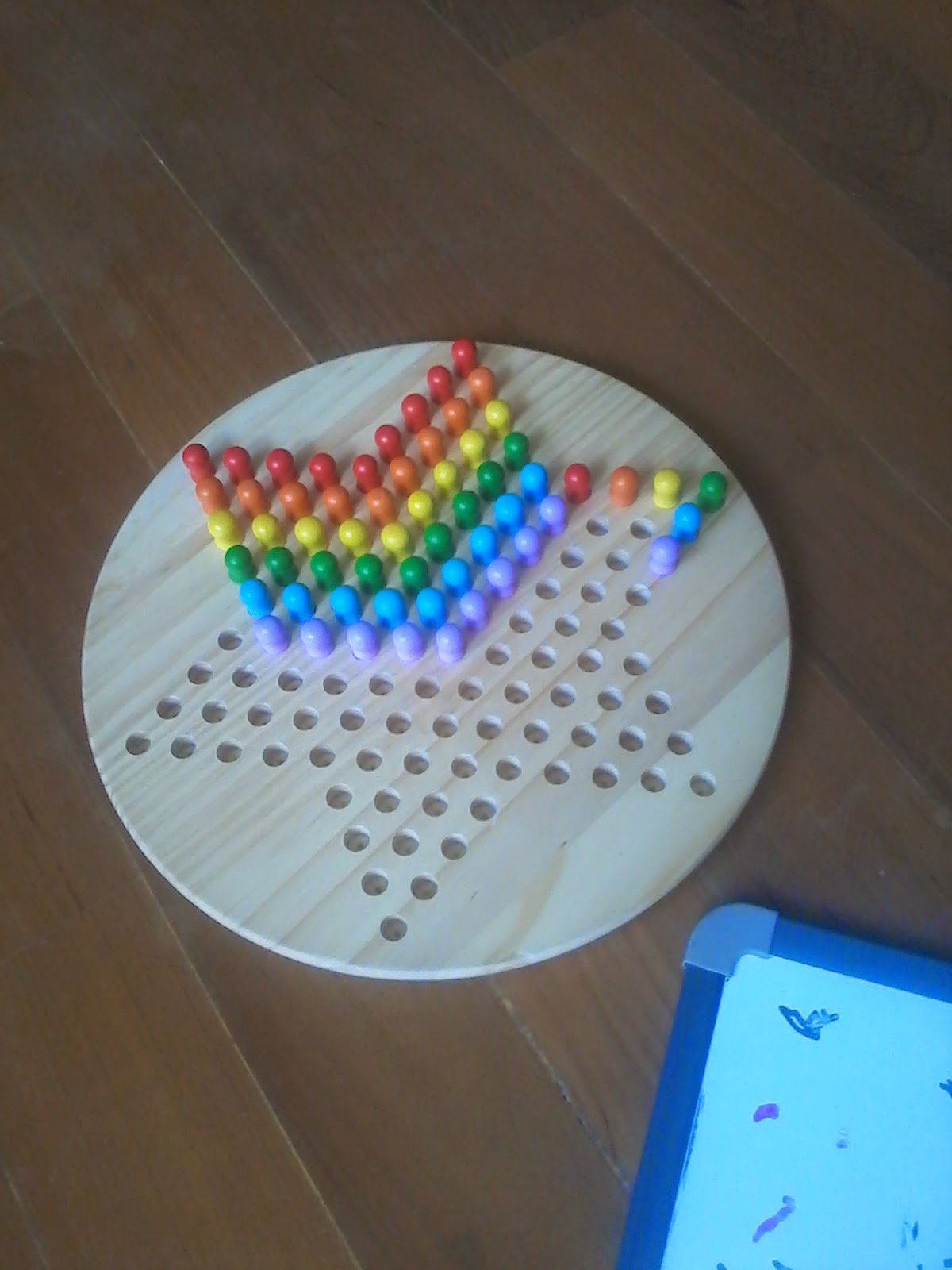 Having re-read the manifesto lurking behind this blog, I resolved to make sure there is always one game in play.  This was chinese checkers reimagined.
Posted by JGR314 at 8:48 AM