Who: J1 eagerly, J2 reluctantly
When: before bedtime
What we used: Uno card deck
Where: bedroom floor

The card game Uno has recently become popular at Baan Pathomtaam and J1 caught the bug. I picked up a pack last week and we've already played 20 (or 30, or 50?) times.  Apparently, there was even a solitaire game played at 5 am this morning.

I guess . . . that I don't really get the point of the game, so I'd welcome any comments pointing out interesting things that I'm missing.  Here's what I've considered so far:

I've cheated a little.  Not at the game, but just in introducing a bit of extra math artificially.  When I deal out the starting 7 cards for each player, I put them in a grid so we get a quick reminder of one of our multiplication pictures: 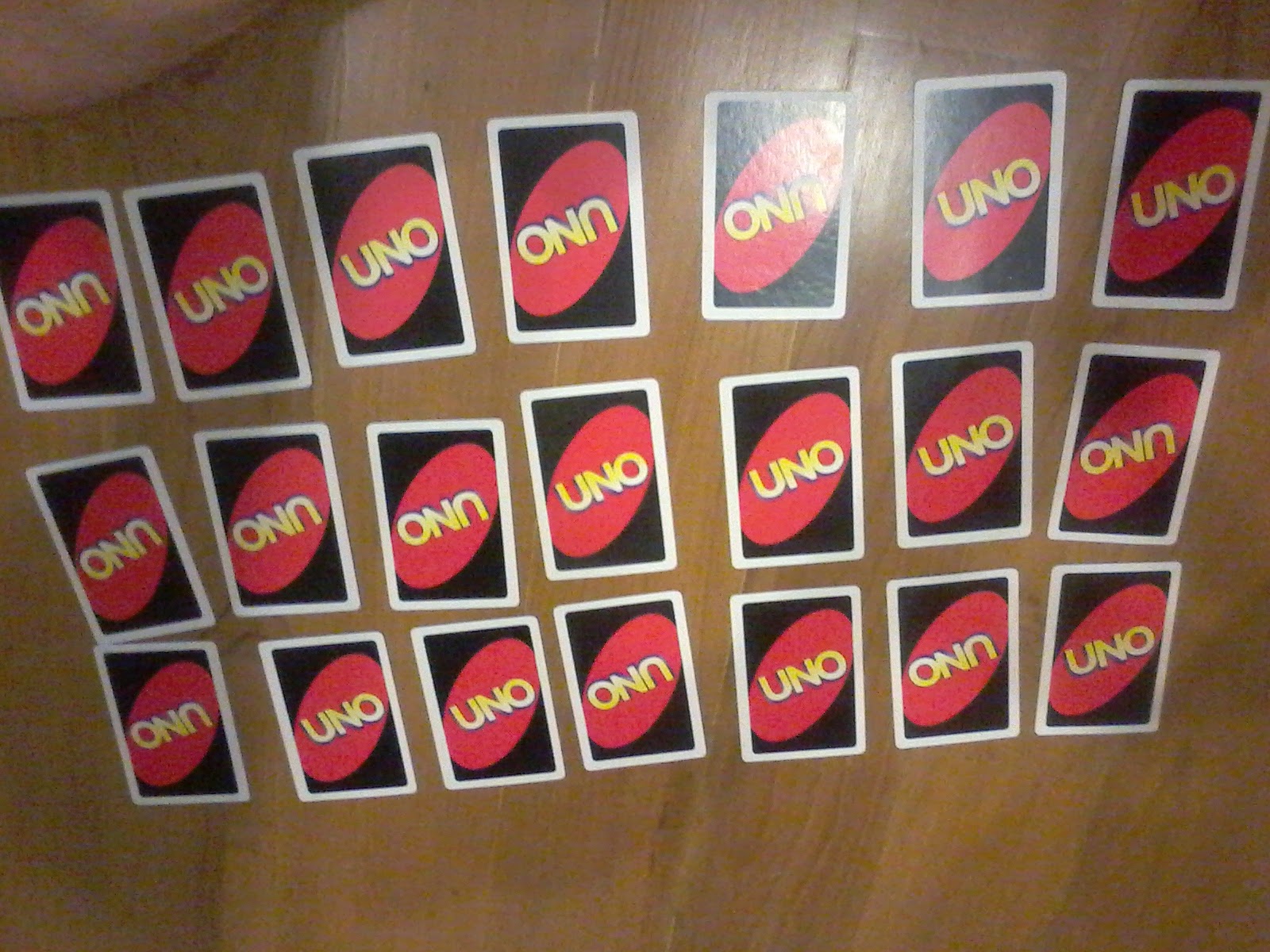 Other ideas
That trusty friend, Google search, came up with some ideas for math games using Uno cards: