Who: J1
When: after breakfast (no school today!)
Where: dining room table
What you need: playing cards with images of money on them
Played a cute game called '51' from RightStart Math using their US coins card deck. It was an ok game that led to a surprisingly interesting discussion.

The game in brief:
An ok game with some strategy and some calculation practice (particularly reinforces the strategy of regrouping and number facts related to coin denominations).

Here was the fun part:

At the end of one game, we had 90 cents unclaimed on the table. 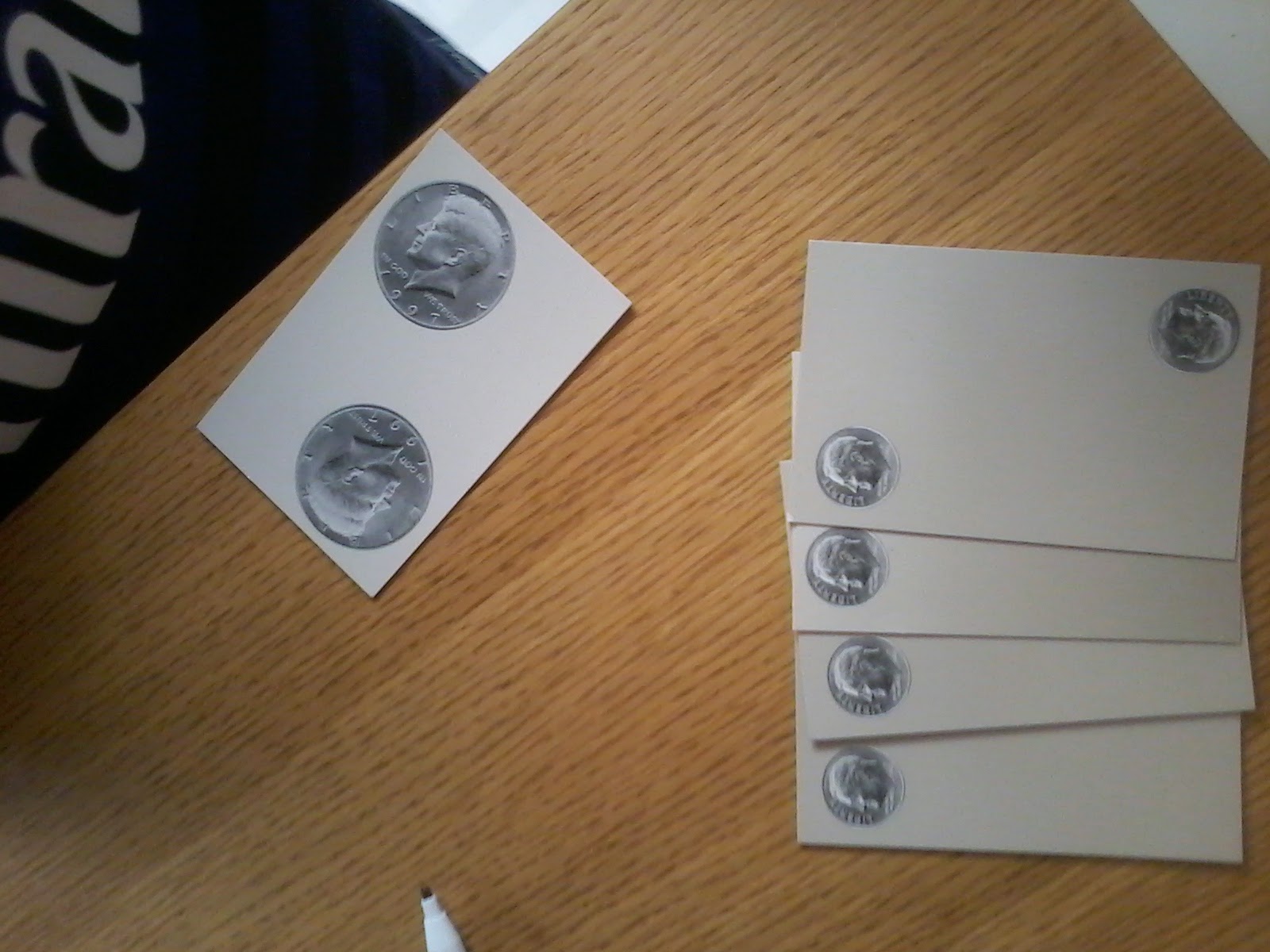 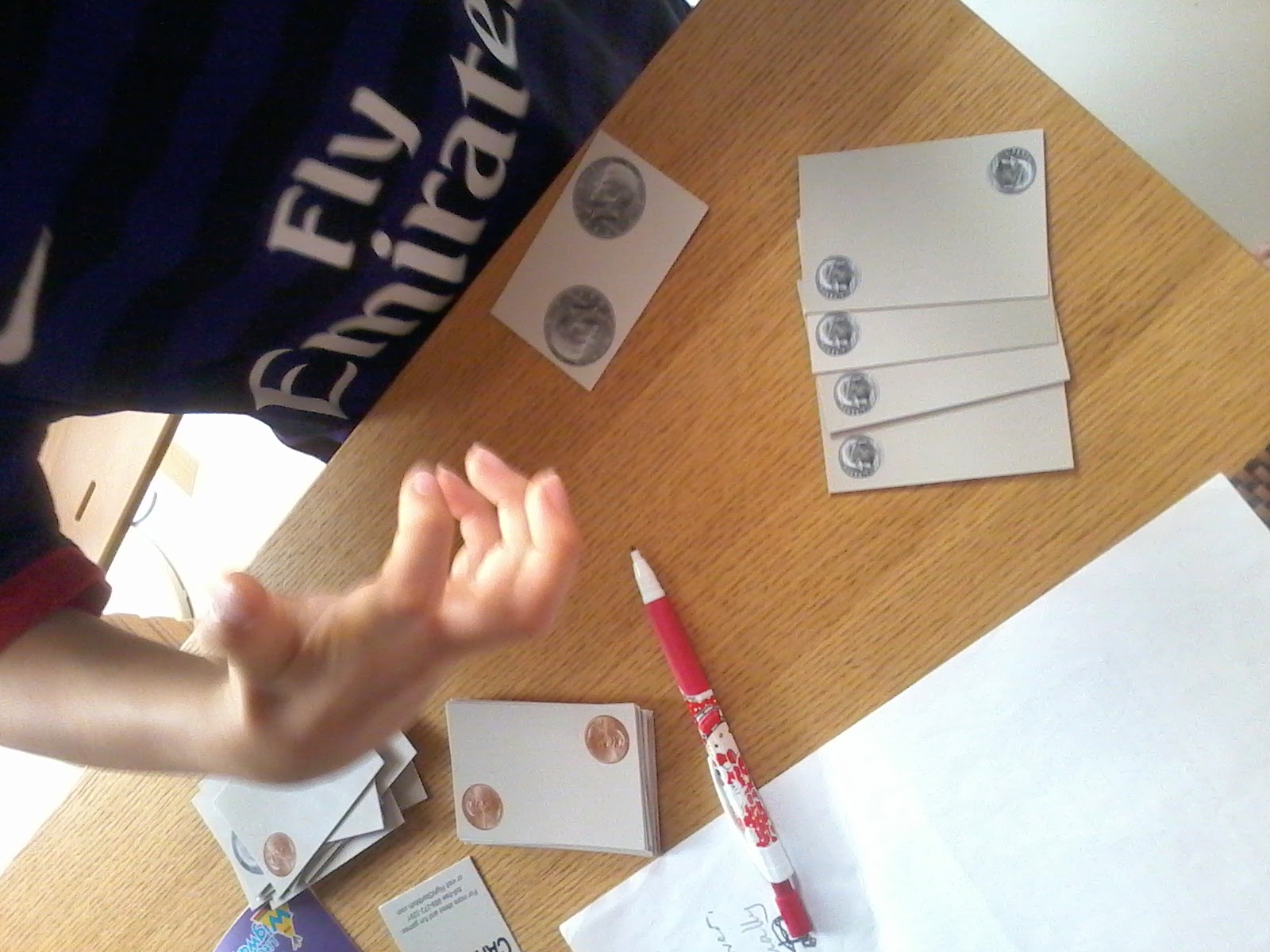 I was initially surprised, thought for a moment, then realized what had happened. Questions I posed to J1 that I offer to you:

How many dollars are represented by coins in our card deck? Hint: it is an integer.

What is the maximum amount that could be stranded at the end of the game? Does this depend on the number of each denomination in the pack?
Posted by JGR314 at 7:18 AM