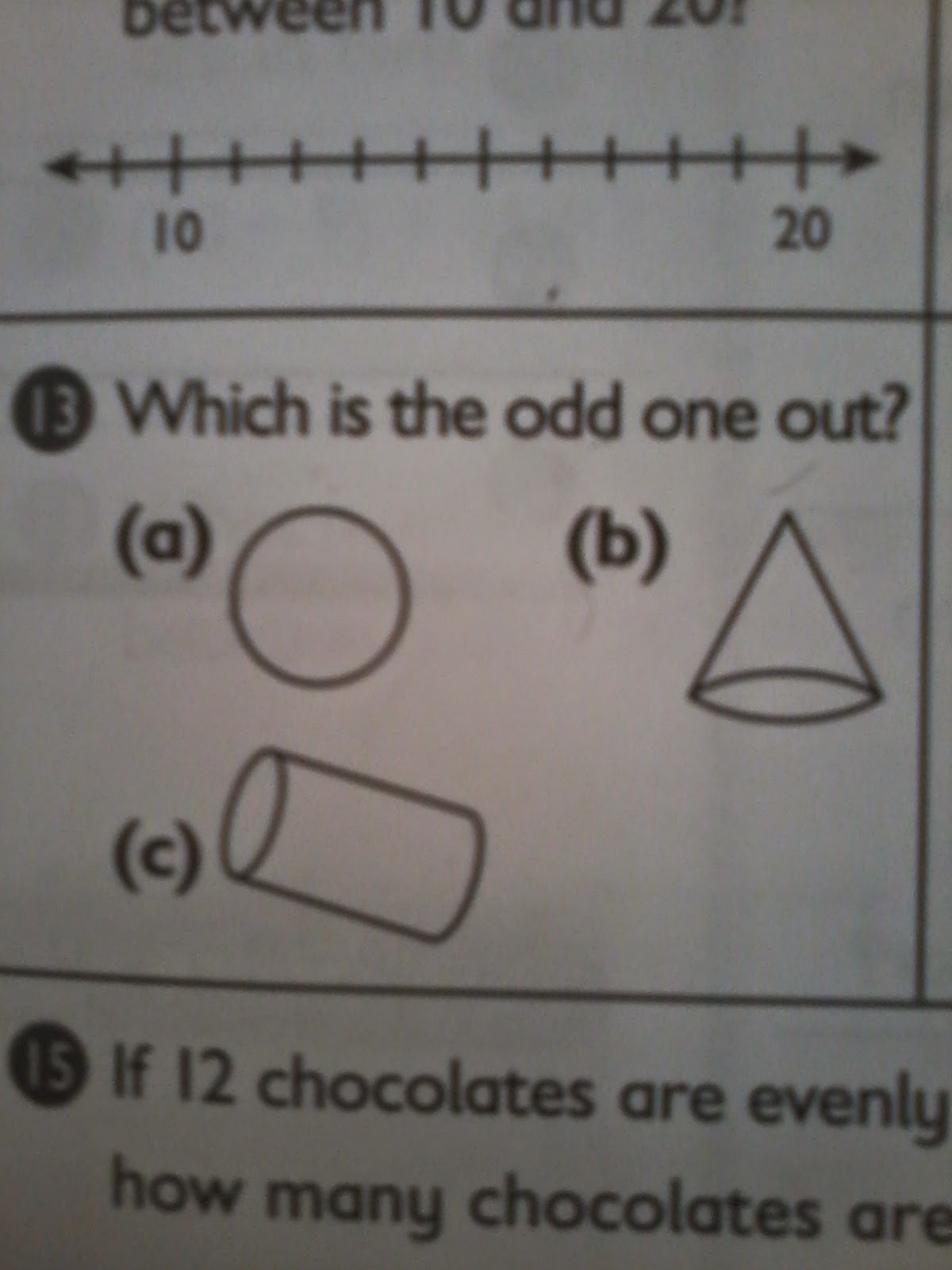 J2: Daddy, what is the correct answer?
J0: What do you think?
J1: I think it is (a) because the circle is 2-dimensional while the cone and the cylinder are 3-d.
J0: What about you, J2?
J2: I think (b) because the cone is the only one with a sharp point.
J0: Hmm. What about the cylinder? is there a reason it could be the odd one out?
<a while for thining>
J1: The circle and the cone are both used to make a pseudosphere (see yesterday!) while the cylinder isn't, so the answer is (c)!
J0: Great idea! So what does it mean to answer this type of question?
.....


What is your reasoning?

We proceeded to talk about how any of the choices could be an odd one out and that a proper answer to this type of question was at least some identified property in which the odd-one differs from the other two.  I emphasized that the best thing you can do is try to come up with as many different ideas as possible and we talked about some:
We also talked about ideas of what other people would be most likely to list. I don't know if this is important, but I'm often curious to see ways in which they stratify their mathematical thinking. For both of them, it was very clear that being useful for making a curve of constant negative curvature (not yet how they phrased it, ha!) was a more esoteric and sophisticated property.

One other thing we could have talked about: what is actually being depicted in the three choices? For examples of what these diagrams could be:
a) Circle, disc, or solid shape with circular disc base viewed from a perspective that hides teh rest of the shape
b) Cone boundary (with or without the disc at the base), solid cone, or circular segment with another circular arc forming a loop
c) cylinder boundary (with or without discs on the end), solid cylinder, or rounded rectangle with extra curve arc forming a loop

In the final segment of the discussion, we guessed what was on the answer key and J2 took a look. It simply said (a). I told them that, while I could accept a lot of answers, I considered that unacceptable, made a big "X" with my arms and a buzzer sound.
Posted by JGR314 at 6:05 AM